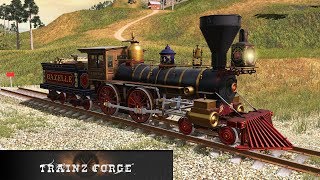 Jo: Biggest BS ever, ALL WRONG with how you think city layout in these types of games.n1. Never put TH in corner, use space all around it.n2. Never put roads into the edge of mapn3. Always try to put BIG buildings on the edge﻿

Oktan Rasprodirajući: While I agree with 2 and 3, I don't agree with 1. It's just logical to put big buildings on the edge and place the road where you can use both sides of it (and I would add even a row of decorations between edge and big buildings, but I guess they're only useful in the beginning).nWhen I created my layout I was searching online tips and found everywhere that TH must be in the middle. Problem is you can't touch a TH with any building, so you loose all the space around it as well. Also, it's a large building and you need to build roads anyway, so why put it anywhere else but in the corner that can't be expanded.nI'm a beginner in this game and might be wrong but would like to hear why if I am.﻿

WildPhantomGaming: 3 contradicts 1. town hall is a big building, isnt it?﻿

jqbtube: That layout won't work … you've got 5 spaces between the road and the wilderness at the top, but nothing is 5 spaces tall.﻿ 5: gifts for madge and guy.

Cetrus: I noticed that you put 5 spaces between the roads on your residential buidlings section, does that mean that there will be 1 square between the houses with free space?﻿

Valkyrie Shepard: I would put pillars or other 1×1 decorations between the residentials in that case, keep the people happy and decorations don't require roads﻿

WildPhantomGaming: No, you should never build decorations. while they do fill in gaps well, a polish on a decoration is a waste, because of the low low happiness.﻿