Get the very best in ultimate turn based competitive multiplayer action right to your iOS device for free!
Grab your bazooka, take aim, and stand your ground in Crazy Penguin Wars: Tiny Duels! Take up arms against other human opponents and use an impressive penguinized arsenal to blow them to bits and fishes
You can run and you can hide but watch out as our Penguinized physics engine enables you to roll boulders, collapse bridges and otherwise smash your opponents under tons of rubble… Ouch!
GAME FEATURES:
•Play in an online game against strangers or your friends.
•Attack other players in turn based battles- play when you want and how you want
•Loads of whacky weapons to select from, including Void Generator, Mega Nuke, Napalm, Flak Missile, Molotov …and many more!
•Take down your opponents in close combat or vaporize them from a distance, you pick your weapon of choice
•Play instantly with your friends and random opponents with Apple Push Notifications
•Compare your score and achievements on Game Center
You're treading on thin ice though! You think you've got the upper hand against your friends? They might just bring to bear some impressive penguin technology like the Mega Nuke or even the dreaded Doomsday Device. It will be a symphony of destruction as you bring to bear the full might of the advanced penguin military technology. However, since penguins don't actually have fingers to play with, it tends to get pretty messy.
** PLEASE NOTE**
• Crazy Penguin Wars WEB PLAYERS: Crazy Penguin Wars: Tiny Duels is an unique with its own persistent world. It is not interoperable with the Facebook version.
• This game is only compatible with iPad 2 and above
• Crazy Penguin Wars: Tiny Duels is completely free to play, but some game items can also be purchased for real money. If you don't want to use this feature, simply disable in-app purchases.
• Crazy Penguin Wars: Tiny Duels requires an internet connection to play (3G or WiFi).
Follow us on Twitter: http://bit.ly/CrazyPenguinWarsTD
MORE FUN ON APPLE APP STORE
Check out DChoc’s hottest games: Galaxy Life: Pocket Adventures, SLOTS!, Zombie Lane, Crazy Penguin Catapult, 3D Rollercoaster Rush, 3D Mini Golf Challenge, Tower Bloxx Deluxe 3D, 3D Brick Breaker Revolution and Millionaire City.
FIND DC ON THE WEB
Get updated with Digital Chocolate’s latest product, promos and game tips! Visit us on Facebook, YouTube and Twitter! Find us FAST by searching for dchoc.
All trademarks referenced herein are the property of their respective owners.

Game controls: Penguins seem sweet and friendly, but that cute exterior hides some serious craziness. When this is unleashed on the world, it can only mean one thing: crazy penguin wars! Grab your weapons and use your mouse to aim and shoot at your opponent. Use cash to power up your weapons, and watch the feathers fly! Crazy Penguin Wars is indeed an extremely fun game to play, but some of the fun disappears for the unlucky players who are plagued by various problems in the game: either Crazy Penguin Wars is not loading at all or the players get disconnected from the game during a fight or in random moments. This is, of course, a really disturbing experience.

Crazy Wars are going on between penguins from all over the world. After you pass the basic course of how to walk and how to use your weapon, the real game begins. It usually takes some time to connect to online server and find other players that you will be playing against. Your task is simple. Fight off other penguin players, blast them with your rocket launcher and remain the last penguin standing. In the end, you get to see your and your opponents' ranking. The game is very popular, because of stunning artwork and of course muliplayer functionality. There's even a Facebook version available.
GAME STATS:
LIKED: 31%
VOTES: 480
PLAYS: 9770 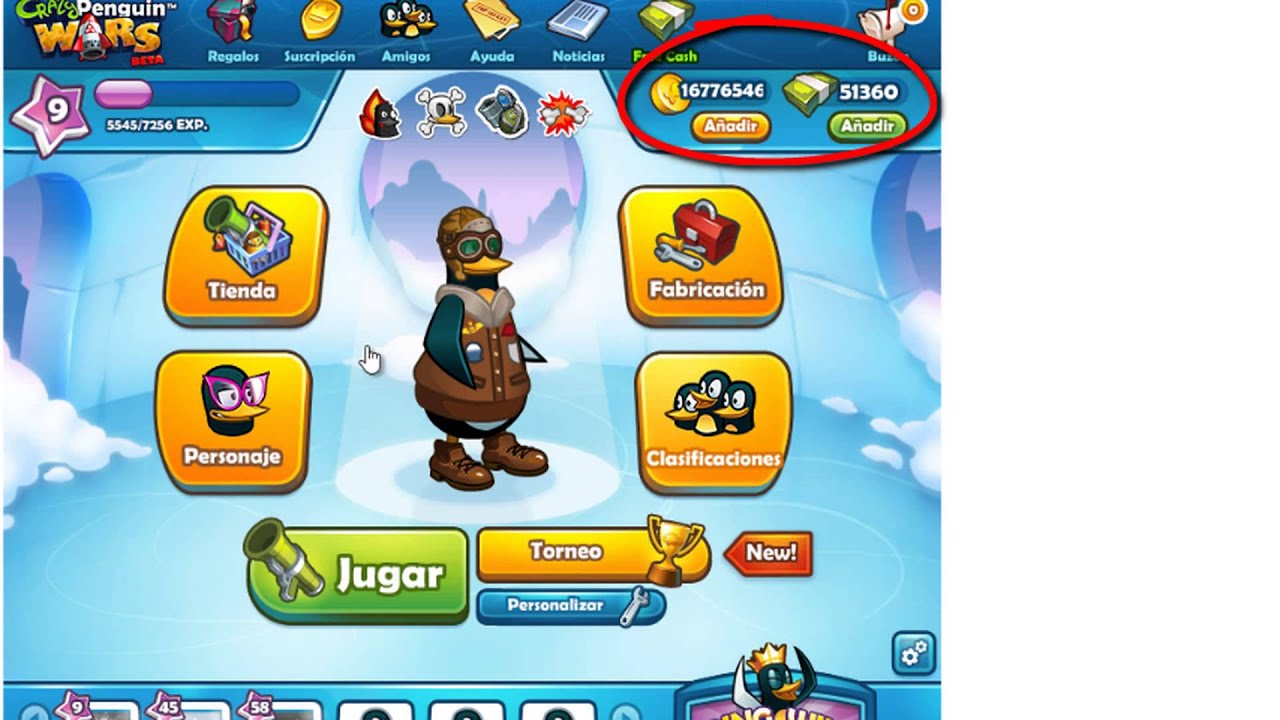 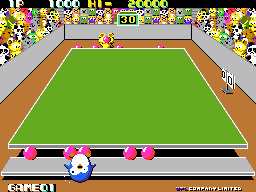 All wars are crazy, but wars between penguins could be particularly interesting. 12: at home and abroad. It's because the way they move slowly around the screen, and than use heavy artillery on their opponents, things like bazookas and rocker launchers. No special walthrough is need, because the in-game help is more than detailed. You will learn how to buy new weapons, switch between the existing ones, customize your player (put on some cool hat or shades, maybe even a golden chain).. It's a cool game, really fun, and the best part is that you play against real people. The training screen looks somewhat different from the actual battlefield screen as you can see in the image below. 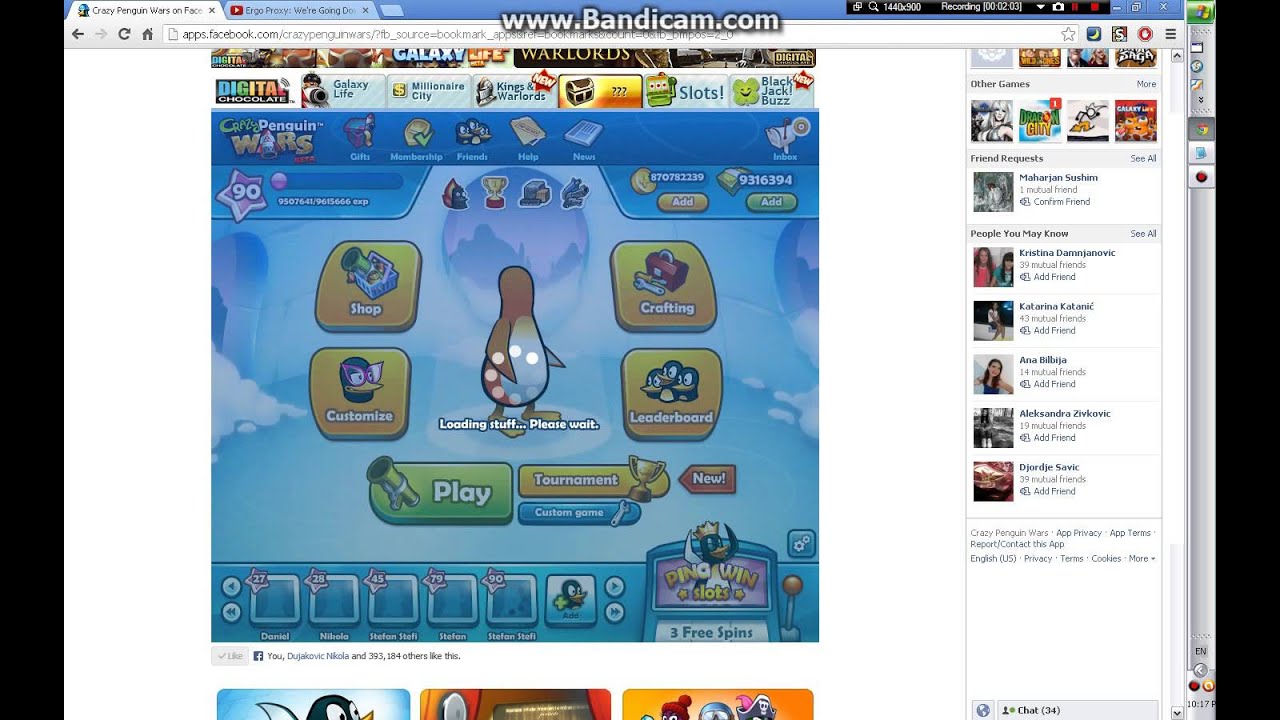