Almost every weapon in Fallout 76 is able to be modified by attaching various modifications. Each modification will impact how the weapon performs, and some provide a visual change. The most desirable of these mods are legendary effects. These mods cannot be crafted onto or removed from a weapon, but grant significant bonuses. There is a lot of gear you can horde, wear, and use in Bethesda’s Fallout 76. While most of it is junk that you will either turn into scrap or toss aside eventually, other items might be worth holding onto. Typically these are Legendary tier items, which are weapons or armor that posses extra passive bonuses such as enhanced damage.

In this Fallout 76 Weapons and Armor Mods we will show you all the types of mods that can be applied to your inventory of weapons, armor and Power Armor. Mods are attachment for your weapons and armor that boost their stats and allow for a wide range of customization.

Mods can be crafted by looking at the requirement a weapon or the armor wants, and then crating it on the workbench using the materials you gather. To craft a mod, you will need the right components that make up the mod. These components can range from common to the ones that are rare.

Mods can be unlocked by taking Plans, which can be obtained by Events, Daily Quests, and Workshop Defenses. Alternatively, they can also be found when you loot bodies.

It is worth mentioning that a weapon can only have one mod equipped at once. If you decide to equip a new mod in a category you already have a mod equipped from, the previous mod will be unequipped and destroyed as the new one takes it place. So be sure to consider your options otherwise you will b wasting precious components.

Below we have listed all the types of mods that can be applied to Armor, Power Armor and Weapons in Fallout 76. With our guide, you will get an idea of what mods make the armor the best, and what upgrade it requires to give you the best out of your item.

Armor mods do not offer a wide range of customization as you will see in other categories like weapons, but they can offer you enough to provide enough resistance to different types of damage that you may receive during gameplay.

Mods not only increase resistance, but can only play a big role in stealth. Some Mods offer you sneaking ability, reducing noise around enemies which can give you a big advantage.

Individual pieces of armor tend to have far fewer modding options than full sets (Leather or Metal Armor, for example). You’ll want to keep that in mind before sinking precious components into pieces of armor that don’t have a set. That’s not to say that modding non-set armor is a mistake, but it’s something you should do after first considering your options.

These armor mods work best for lightweight armor that does nto have the same potential as other sets that you may find. Ballistic Weave Mods are your main method of improving defense on otherwise low resistance armor.

Before you consider applying these mods, you should first consider your options if a armor set truly requires a Ballistic Weave Mods, as often times it is unnecessary. But for any lightweight armor, this should be applied to increase your defenses.

There are a wide variety of Material Mods that improve your resistance to different types of damages. These are basic types of mods that are easy to acquire, and best if you are just starting the game.

If you come across mining helmets, they will have a Headlamp attached to them that can act as a replacement for the Pip-Boy flashlight. These headlamps have a more focused and brighter light than the Pip-Boy. However, offer less illumination of the environment than your Pip-Boy.

For everything that isn’t a Material Mod or Ballistic Weave Mod, Miscellaneous Mods offer a wide array buffs and bonuses not found in their contemporaries. Increased carrying capacity, faster sprinting, longer chem durations: if you’re looking to make a truly specialized set of armor, Miscellaneous Mods are going to be your number one go-to.

From the beginning of the game, you will notice weapons offer a far more superior way to fight enemies, but as the challenges grow on you, your weapons will need to be better and should be dealing out more damage to take down bigger enemies.

This is where Weapon Mods in Fallout 76 offer you the ability to change and rework just about everything about a weapon, depending on the type of weapon. This allows you to turn basic guns in widely varied damage dealers, and basic melee weapons into a tactical damage dealer. Lets take a look at the type of mods that you can apply to your weapon to upgrade your weapon.

Guns in their base forms typically lack the punch and utility of a fully modded gun. From automatic Barrels to long-range sniper Sights, mods have the potential to completely rework the way you think about a weapon and how you use it.

Sights are mods that offer some of the most flexibility in the way you build your weapons. Sights are obviously best for long distance shots and work best on long ranged weapons. From standard, snappy Reflex Sights for close to mid range engagement to vision enhancing Holographic Sights, which will greatly influence your fighting style. Sights or scopes can turn a mid ranged weapon into a sniper rifle if you can attach a 4x or 8x scope onto it.

Magazines affect everything related to reloading, from reload speed to the amount of bullets you can fire before having to switch mags. If you’ve got a powerhouse of a weapon with a small magazine and brutal reload time, try putting on a Magazine with more rounds. If you’ve got a weapon with plenty of rounds, but you could watch yourself age while waiting to reload, try adding a Magazine mod with a faster reload speed.

Grips make for accurate hip firing which works best on SMGs and Shotguns, while Stocks convert any weapon they are onto a Rifle, perfect for mid to long range combat.

Barrels (called a Rubber Ball on the Paddle Ball, a Canister on a Broadsider, and a Launcher on a Fat Man) offer some of the most dramatic changes a gun can have. You won’t have access to many automatic weapons without first attaching an Automatic Barrel; likewise, you won’t find a lot of sniper rifles without a Sniper Barrel. Barrels should be considered the foundation of your weapon and should be first on your list when you’re thinking about making a change to any gun in your inventory. 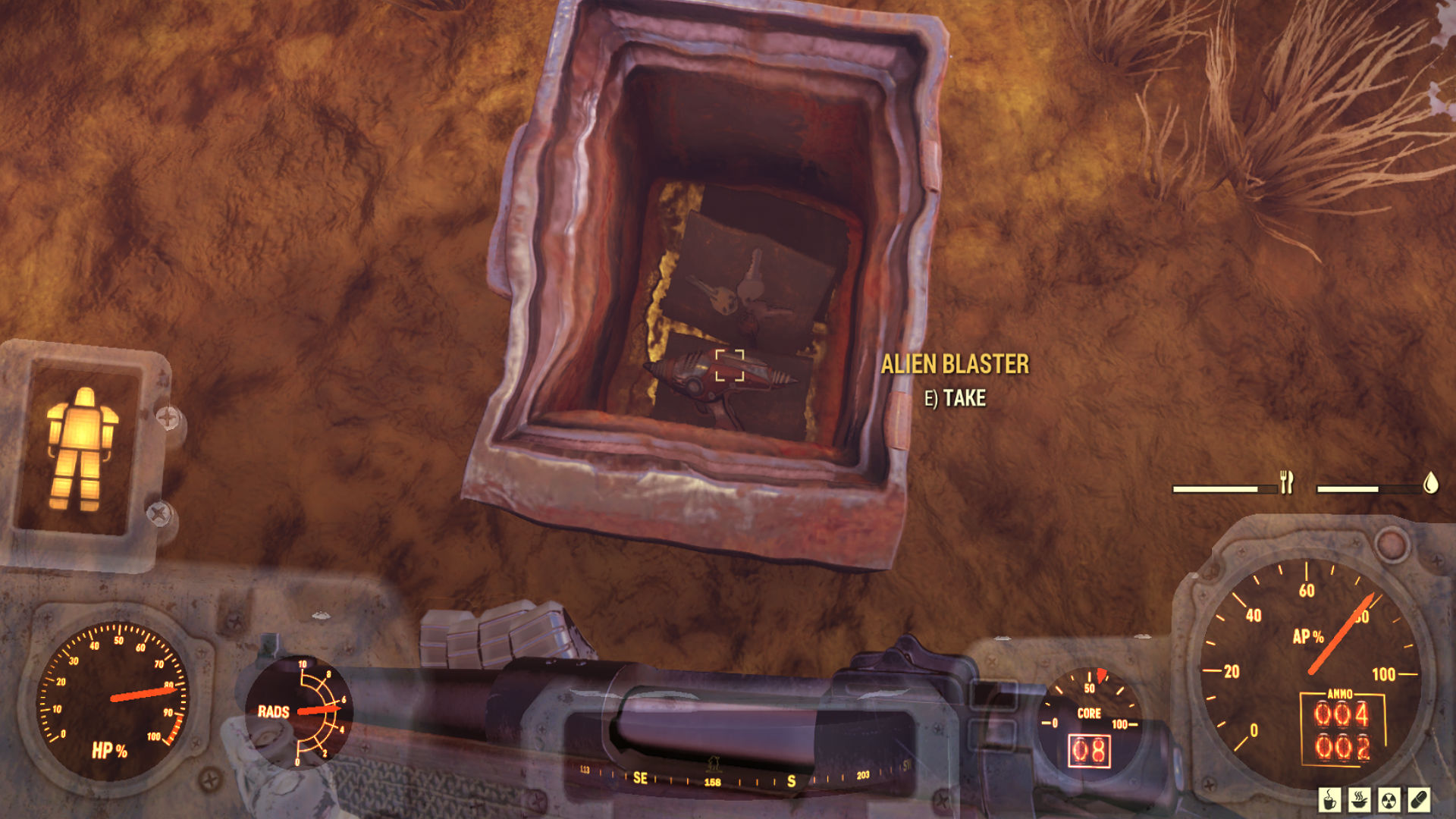 Receivers are the damage-enhancing part of any weapon (called a Capacitor on most Energy Guns and a Tank on a Flamer). There is a wide variety of Receiver Mods that offer small tweaks and benefits on top of a damage increase—though, some forego a damage increase for other benefits, like an increased critical hit chance. If you want your weapon to hit harder, this is where you should look first.

These are just aesthetic upgrades you can apply to your weapons, as they do not offer any advantage over combat abilities, however, they can offer a personal touch that can make your weapon feel truly yours.

While melee weapons are not the same as Weapons or fall in the same fashion as gun Mods, Melee Mods offer dramatic changes to the weapons that they are attached to. Examples are an extra claw on your Deathclaw Gauntlets, an electrified Security Baton, a Pitchfork with fire jets, the possibilities seem endless.

While you may not the level of customization that you will in Gun Mods, you will get more options for radically reworking your melee weapons in the way that Gun Mods cannot achieve.

These mods will change the material a melee weapon is made up of to increase its damage. Unfortunately, this only works if a melee weapon allows this type of modification. The weapons that do allow these are Baseball Bat and Rolling Pin, which are both that can be changed to an aluminum material. If you’re planning on using either of those weapons, be sure not to leave without coating them in an aluminum Material Mod first.

As mentioned before, you will not get the same level of customization with a melee weapon as you would with a gun, but you will also find singular mods that dramatically change a weapon’s appearance and damage output with Upgrade Mods.

Some Upgrade Mods merely boost a melee weapon’s damage output, but others change the damage type entirely. It’s not uncommon to add Energy damage, a bleeding debuff, or armor penetration to a melee weapon with certain mods, though the amount of options you have varies from weapon to weapon.

Mods that you can apply on Power Armor are not different from Armor Mods that we have covered above, but where you them is. While Armor Workbenches can be found easily, if you do not have the Plans necessary to build a Power Armor Station in your CA.M.P, you can go a long way without ever finding one for yourself. Nonetheless, let’s look at all the mods you can apply to your Power Armor 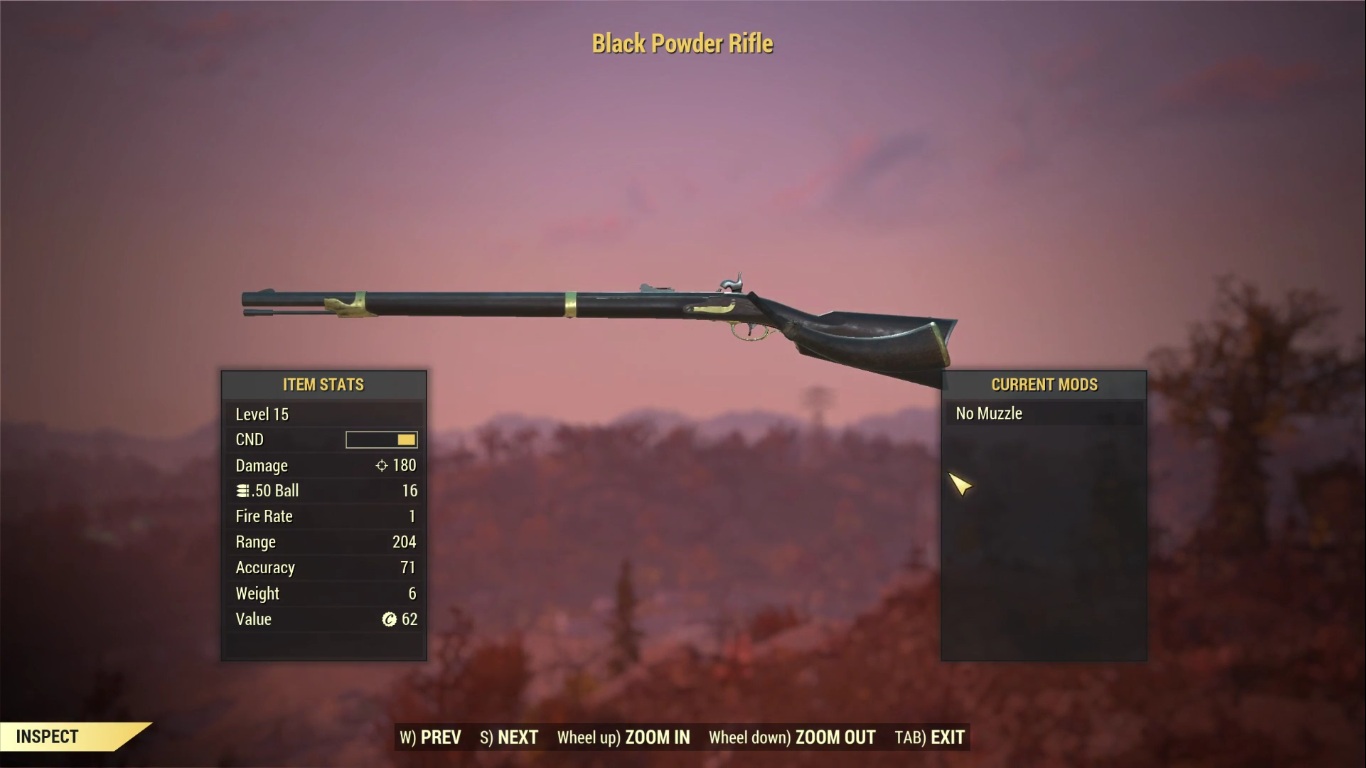 Base mods provide the bulk of the defensive improvements that you will find in Power Armor Mods. If order to take down the the bigger challenges that the game offers, you are going to need a Power Armor, and that too a good one.

Even with a full set of the best armor available to you, you’ll still find plenty of challenges that require more defense than your Power Armor’s base stats can provide. Base Mods will allow you to up that defense beyond base values to give you armor that can handle whatever Appalachia throws at you.

Just like mining helmets, you can also strap a Headlamp onto any Power Armor helmet in the game. it offers the same features as it does like brighter light and more focused beam of light than your Pip-Boy can offer.

Fallout 76 How To Use Weapon Mods Sims 4 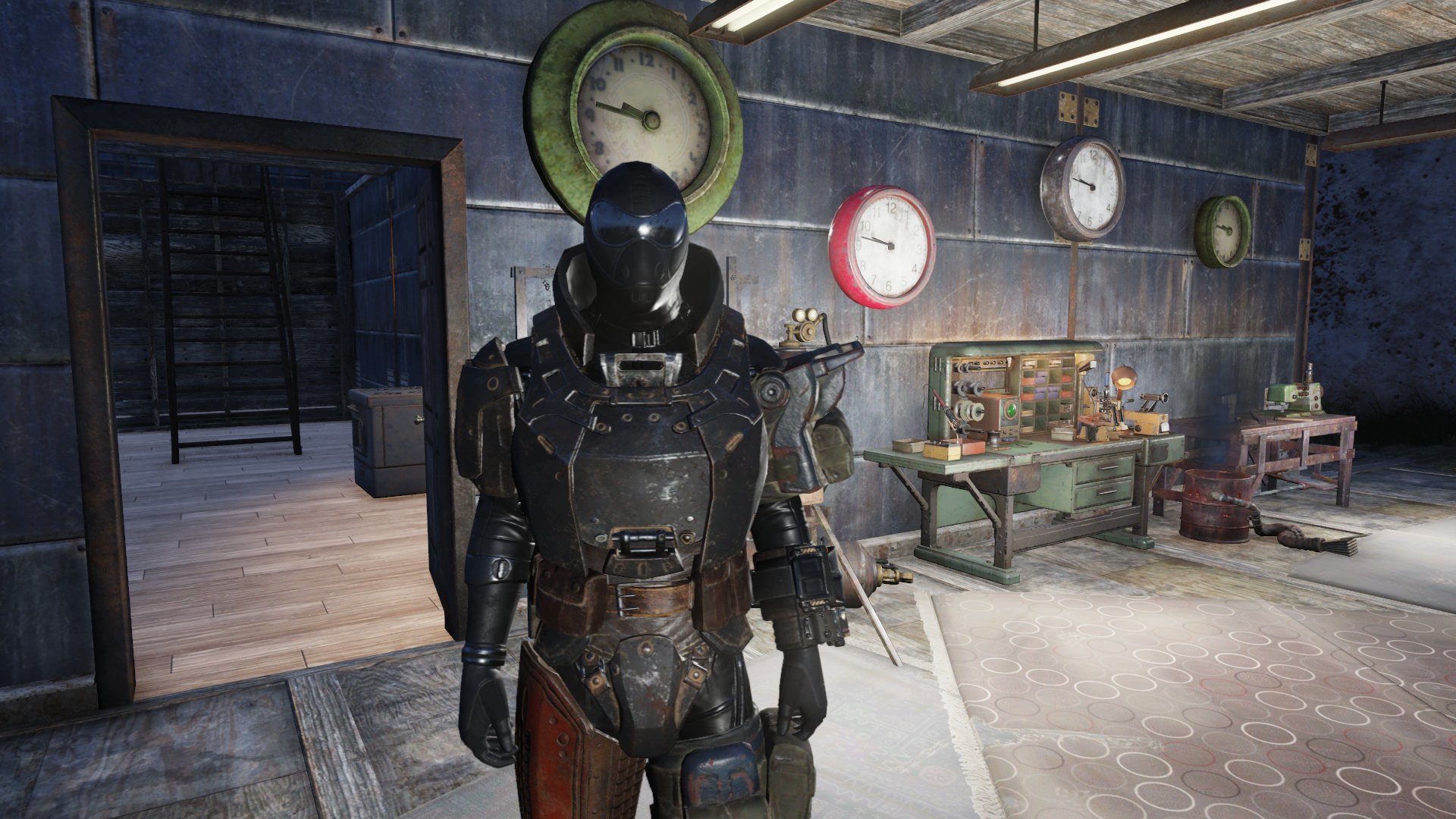 Just as in Armor Mods, Miscellaneous Mods provide a slew of benefits beyond improvements to defencec. Adding a Miscellaneous Mods to your arms, for instance can potentially provide incrased melee damage, while adding a mod to your Power Armor’s legs can increase your sprint speed or your carrying capacity.

Video How To Use Weapon Mods In Fallout 76

This concludes our Fallout 76 Weapons and Armor Mods Guide. Feel Free to comment below.