Though much maligned, this live action version of comicdom's 'Fantastic Four' does manage to stay faithful to its comic book counterpart. The characters are likable; the original scenes are well done, with a climax and surprise ending that at least gets its money's worth.

Half of a decade ago, Toby Kebbell and an opportunity to bring Doctor Doom to life in a Fantastic Four movie. The movie did not play out the way just about anybody involved had imagined. While it seems there is a cut of this movie hidden somewhere in the world which will likely never see the light of day, the version which was released was ruthlessly panned by critics and fans. This was of no fault of the cast who had no choice but to make the most of the hands they were dealt which is exactly what they did. Despite a tremendous love for the character he played in Josh Trank's movie under the Fox studio regime, Kebbell does not have interest in giving the Latverian villain another go as Marvel Studios gears up to reboot the franchise.

'I think our Fantastic Four was not good enough and I'm glad Marvel has got a hold of it and they're going to do something fantastic with it, no doubt,' Kebbell told ComicBook.com as seen in the video above. 'I think it's better to do things fresh. I think it's always better to do a fresh batch because there's so many talented actors out there who will lend to it. A lot of it is luck and timing. I did it when I thought it was good, I did what I thought was good about it, and I tried to come up with an accent from a place that doesn't exist.' 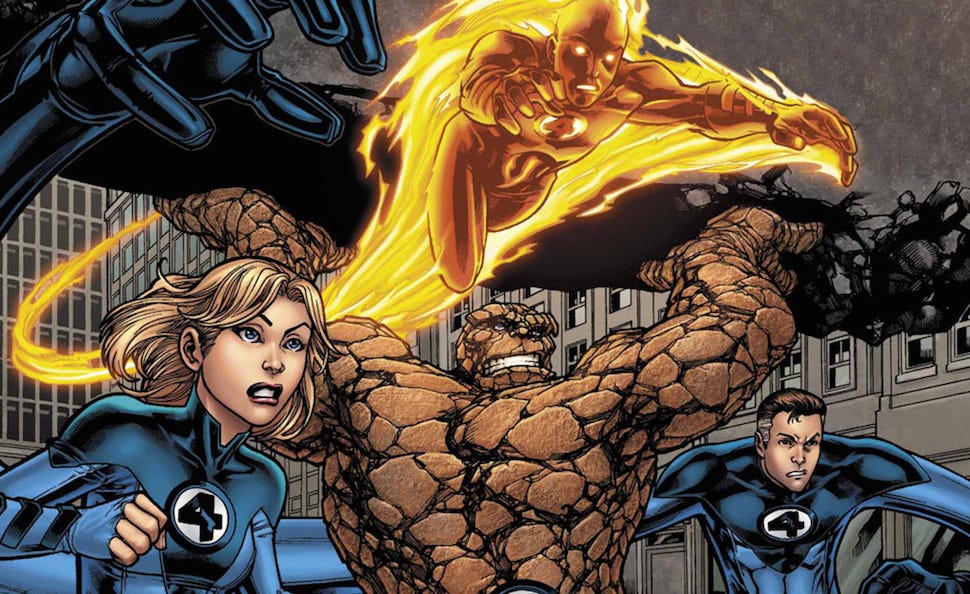 It is very clear that Kebbell wanted this movie to succeed, though. Obviously, any actor will want their project to be well-received but, in this case, Kebbell shows a deep appreciation for the iconic Marvel Comics villain as he inevitably gets ready to watch someone else take on the role. The actor is quick to rattle off a few items from Doom's impressive Marvel Comics resumé. 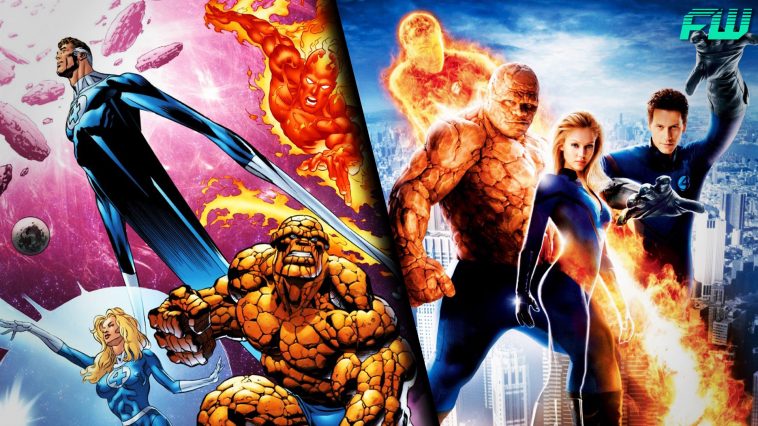 'Doom is still one of my favorite characters. Not the version I played but the one I read in comic books as a kid, stolen comics from my brothers,' Kebbell says. 'Doom kills Thor. Doom's fantastic. He wrestles panthers. He got sent back in time to before the dinosaurs and waited 65 millions years and came back and surprised them. He's a lunatic! I have a lot of love for that character. I think the fans deserve a better version so I'm glad they'll get it.'

As the story goes, the Fantastic Four will be rebooted by Marvel Studios with Jon Watts directing. Since his days of Fantastic Four, Kebbell says he has not had any talks about playing a role in any other Marvel or DC Comics movies. For now, he is focused on the release of the upcoming second season of Servant, his hit apple TV+ series lead by the mind of M. night Shyamalan.

Based on the Tim Story-directed 2005 film, this interactive edition of Fantastic 4 has players taking the control of each cosmic-ray enhanced member of the superhero team: Mr. Z the game download pc. Fantastic, who can stretch and reshape his body; The Invisible Woman, who can vanish at will and create powerful force fields; The Human Torch, who can fly through the air and control fire; and The Thing, a hulking humanoid with superhuman strength and thick, protective skin. Game characters are designed after their cinematic counterparts, and the plot is based on the story of the film. Missions are designed to test the limits of the heroes' powers, encouraging players to use the four together, as a team. The adventure leads to an ultimate showdown with Marvel uber-villain, Doctor Doom. 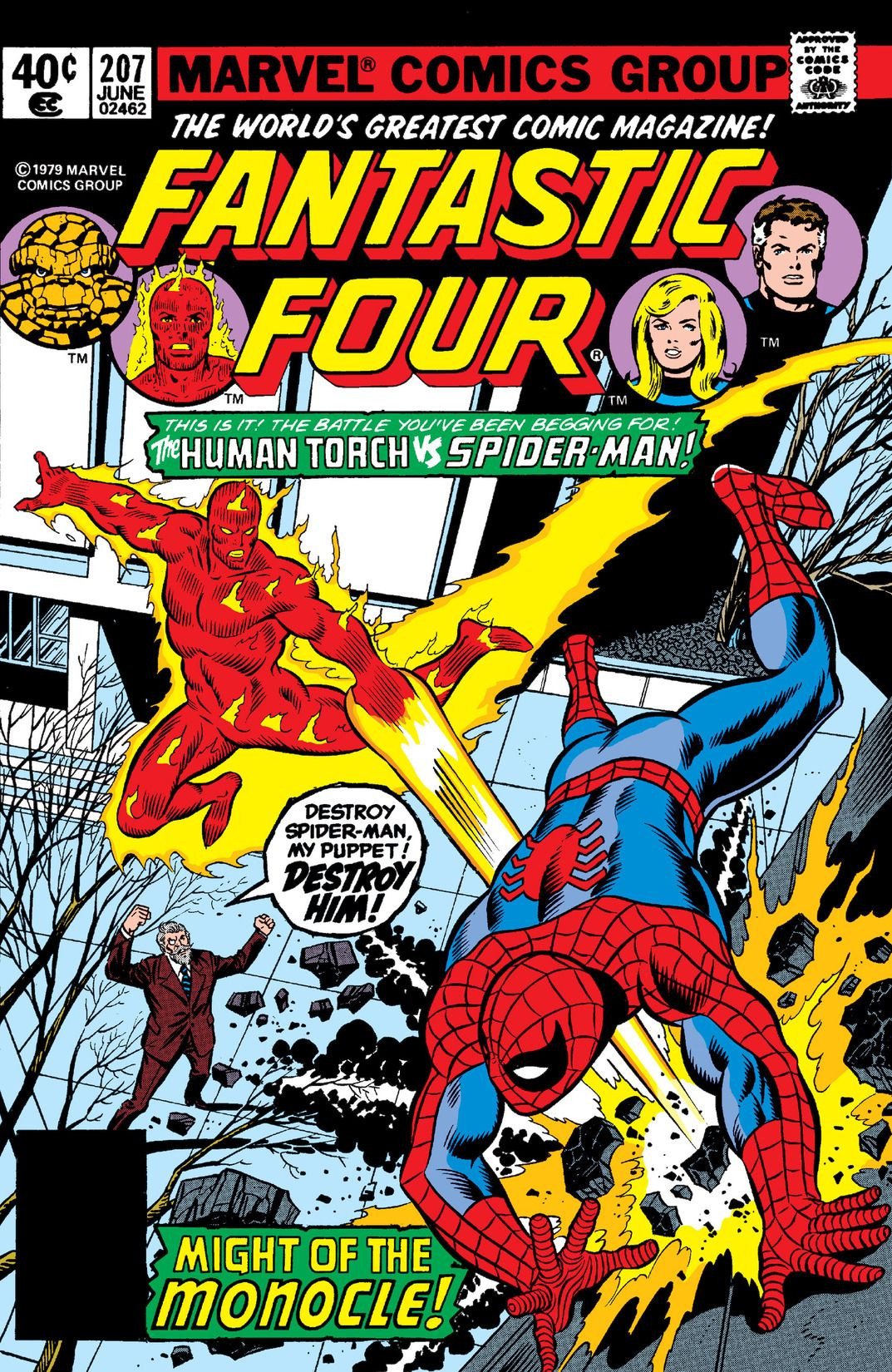 It all starts as an innocent space expedition. The ingenious scientist Reed Richards assembles a team to study cosmic radiation at a space station. Funded by Victor Von Doom, the mission is expected to provide extensive research data, leading to a better understanding of cosmic energy. Yet in a comic book universe, things hardly ever go as planned. The team is exposed to excessive amounts of cosmic radiation. The energy changes Richards and his teammates, evolving their DNA into something more than human. Upon returning to earth, Reed and his friends realize that they possess incredible powers. They unite as a team of super heroes and become the Fantastic Four. Victor Von Doom on the other hand, chooses a much darker path, eventually turning into Fantastic Four's arch nemesis Dr. Doom.

Activision brings us the obligatory video game inspired by the Fantastic Four movie that hit the theaters in the summer of 2005. Loosely following the story of the movie, the game offers players a chance to control all four members of the super hero team through a series of straightforward action-heavy levels. Unfortunately, as it is presented in the game, the story is lacking in coherence and fails to immerse players into the world of Fantastic Four. In order to easily follow the core storyline, players are just about expected to have seen the movie. 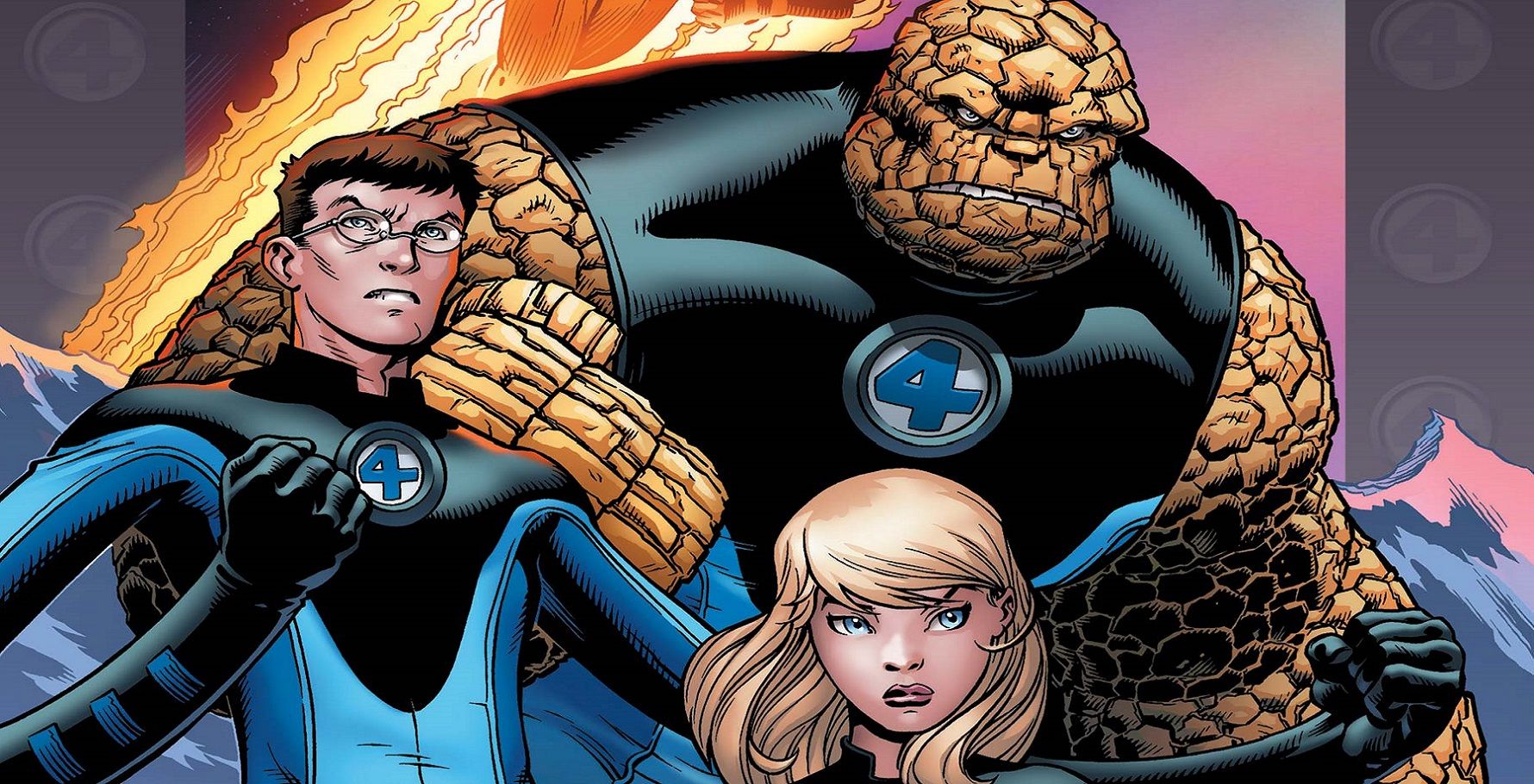 The video game adaptation does take some understandable liberties with the movie's storyline. Certain sections are expanded to include more fights and challenges for the team. The members of Fantastic Four also travel to a series of different locations and face a host of villains from the comic books. This provides additional content for the game. Fans of the comic books that created the Fantastic Four might appreciate seeing these classic villains. Unfortunately, the vast majority of them are not given any kind of personality in the game. All too often they seem like common thugs with fancy names, oversized health bars, and miscellaneous super powers. The game could have made much better use of the vast amount of source material provided by the many issues of Fantastic Four published by Marvel Comics.

In classic beat-'em-up style, the game play primarily consists of clearing one room full of bad guys after another. Each character is equipped with a light attack and a heavy attack. Combos can be executed by pressing the light and heavy attack buttons in various sequences. The team members also have cosmic attacks. However, the use of these special moves depletes your character's available energy. Lost energy or life points are regained by absorbing the blue and green orbs released by smashing objects or defeating enemies. Progressing through the game, players will earn points. These points can be used to upgrade the attacks available to each team member or unlock bonus materials such as interviews, biographies, or comic book covers.

Fantastic Four spans over a relatively few number of levels divided into smaller sections. The game does require some minor exploration. Players will encounter a few very simple puzzles and a small number of jumping sequences. Each character has a unique kind of mini-game encountered several times throughout the levels. Reed's mini-game involves hacking into various computer systems by solving simple puzzles. Sue, Johnny, and Ben have simpler mini-games involving rapidly tapping buttons or revolving the analog stick on the console version of the game. The mini-games and the puzzles serve as a nice break from the constant action. Fantastic Four's entertaining boss battles and the frequent mini-bosses spread throughout the levels also go a long way towards keeping the game from becoming monotonous. 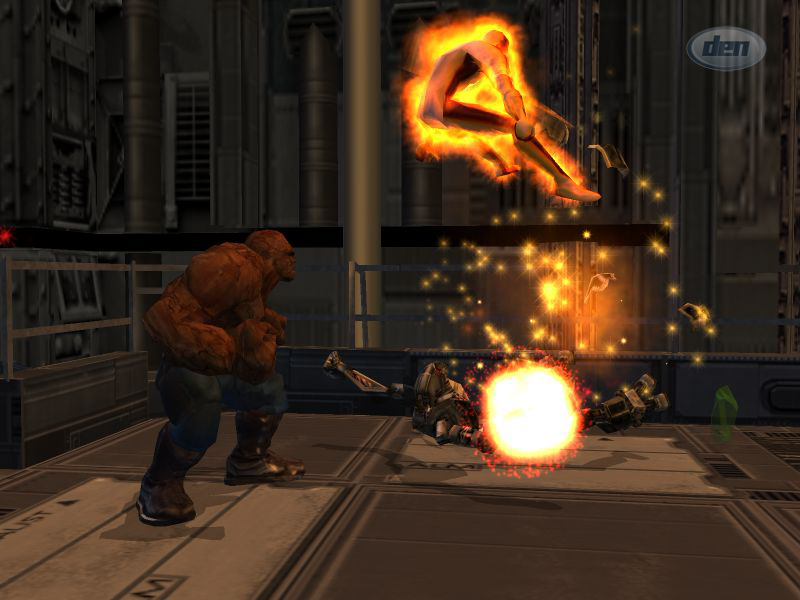 All four of the characters are not always available to control. The vast majority of the levels have to be completed by one or two members of the team. Payers do not get to choose which characters participate in a given level. However, when more than one team member is present, the game does allow players to switch characters. In fact, during some parts of the game, you will have to switch characters to overcome various challenges in the correct sequence. It is also possible to play Fantastic Four in a cooperative mode with another player.

Each member of the team has different combos and cosmic attacks making use of their individual super powers. Reed Richards or Mr. Fantastic has the ability to reshape and tremendously stretch his body. Thus, his attacks typically involve Reed turning his hands into a hammer or huge fist. He can get to enemies that are outside Sue or Ben's reach. As implied by her codename, The Invisible Woman, Susan Storm has the ability to turn herself invisible and sneak up to enemies or get past alarm systems. She can also move objects with her telekinetic powers, create protective energy shields, or release powerful bursts energy to wreak havoc on her enemies. Susan's brother Johnny Storm can literally set himself on fire, becoming the Human Torch. In this state, Johnny can fly, create fireballs, or conjure walls of flame. The powerhouse of the team, Ben Grimm possesses an incredible amount of raw strength. Able to tear through walls and rip his enemies into pieces, Ben's skin is a thick layer of rock, making him nearly impervious to damage.

While it is certainly nice to have access to a wide variety distinct super powers and special attacks, the team members do not feel all that different to control. The basic light and heavy attack combos will help you get past most situations. While these attacks might visually look different for each character, they essentially serve the same purpose. Even the super powered cosmic attacks carry very noticeable similarities. Each tem member can essentially launch an attack to inflict heavy damage on a single enemy or knock back a group of enemies. The unique nature of each character's super powers does not factor into actual game play as much as it could. For instance, when you can just as easily charge head on and punch your enemies into the ground, there is little use in turning Sue invisible and sneaking behind your adversaries for a stealth attack. When Johnny can effectively take out his opponents with his punches and kicks, it is not necessary to have him stand back and send out fireballs. The special powers certainly do help in some situations, but the game should have given players more creative opportunities to use those powers to overcome unique challenges.

A number of technical problems do hurt the game play experience in Fantastic Four. The hit detection does not always seem to be as accurate as it should be. Enemies occasionally clip through walls or get stuck at corners. The turn angles for the characters are too wide and the controls do not feel very smooth. There is some choppiness in certain character animations. The game occasionally takes a noticeable delay to register that you have pressed a button to interact with a hotspot. The graphics are not exactly top notch either. Finally, when more than one character is available in a level, the AI controlled characters will occasionally get in your way, forcing you to jump over them. While none of these technical issues are individually large enough to diminish the entertainment value of the game, collectively they significantly take away from the experience.

Overall, Fantastic Four feels like just another half-baked attempt at making a game based on a movie. The story fails to capture the spirit of the film or the comics. The game does not allow players to explore the full potential of each character and offer enough diversity in the implementation of their super powers. Minor technical glitches become frustrating as you proceed through the levels. It is hard to recommend Fantastic Four to anyone except for those who especially enjoy the comic books or the movie. Given all its problems, the relatively short game is much better suited for a rental than a purchase. There are countless other games out there that will make a better addition to your game collection than Fantastic Four.