This text tutorial shows how to mod smash 4 v1.1.7 on the Wii U 5.5.2. Though this guide was tested and confirmed working on the sm4sh 1.1.7 update, it may also work for older or more recent versions.

For those of you who were forced to update to 5.5.2, the demise of your mods began, especially if you didn't already have Haxchi, which exploits the DS Virtual Console (which, if I'm not mistaken, you have to pay for) to run your mods. Now, there's been some speculation that the Crunchyroll app. Using game mods on 5.5.2 via Homebrew Launcher I made this post as a discussion to talk about using game mods on 5.5.2. The usual way of using mods is through an app called SDCaffiine, and this was always launched from loadiine.ovh from the browser.

Click on this GoogleDrive link to download Ken’s ModPack. Get the SD card file from this link. And finally, note down the following region codes.

For this guide to work, use an SD card that’s at least 8GB. 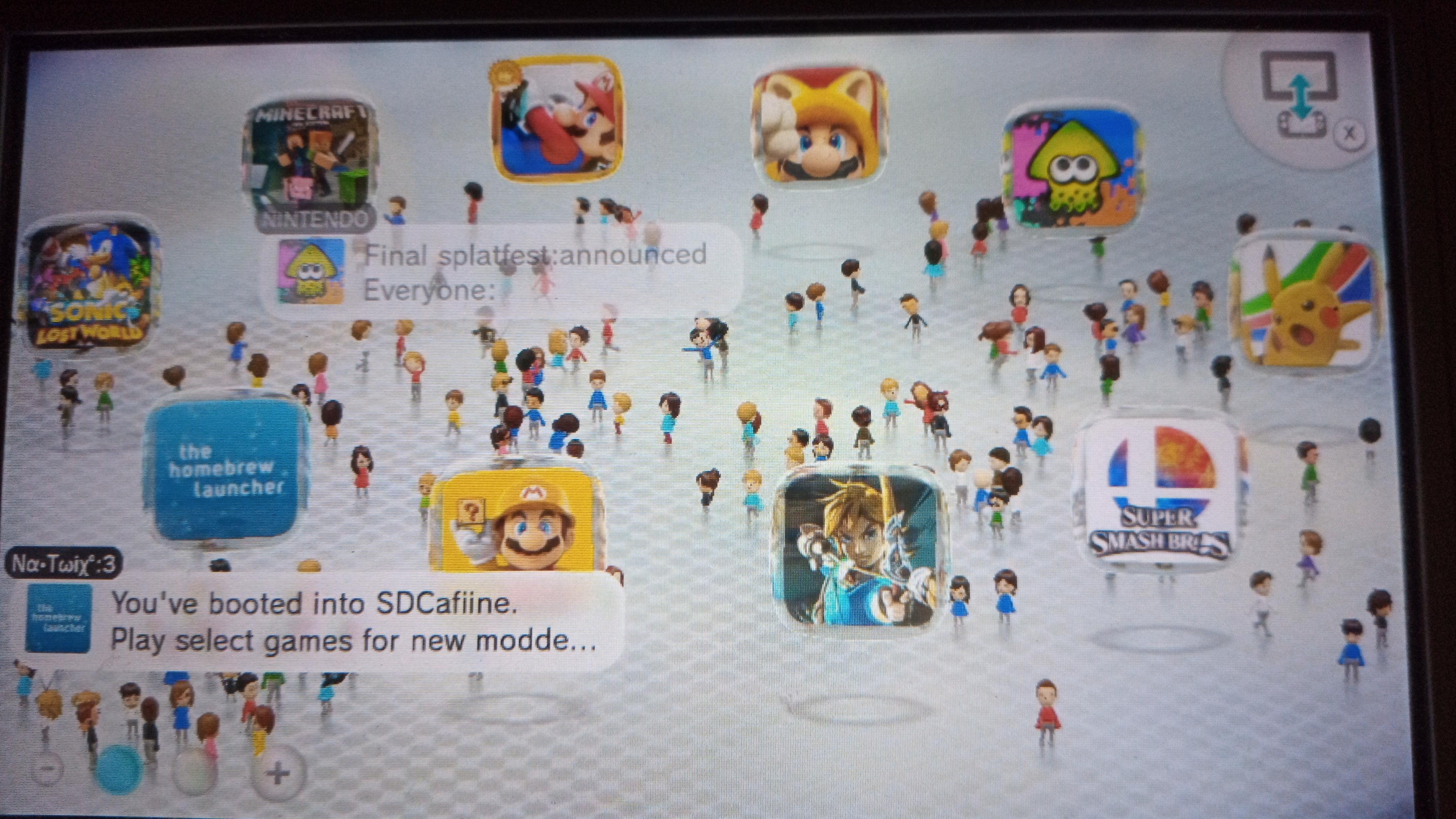 Insert your “clean” SD card into your PC. Copy all the folders in the“SD” file you downloaded into the root folder of your SD card. You should see four folders, namely “cbhc”, “haxchi”, “private”, “sdcafiine”, and “Wii u”. If any of this is missing, try checking if the file was downloaded correctly.

On your SD card, open the folder called “sdcafiine”, then the next one named with a series of numbers and one F, and finally the “content” folder. The content folder should be empty. 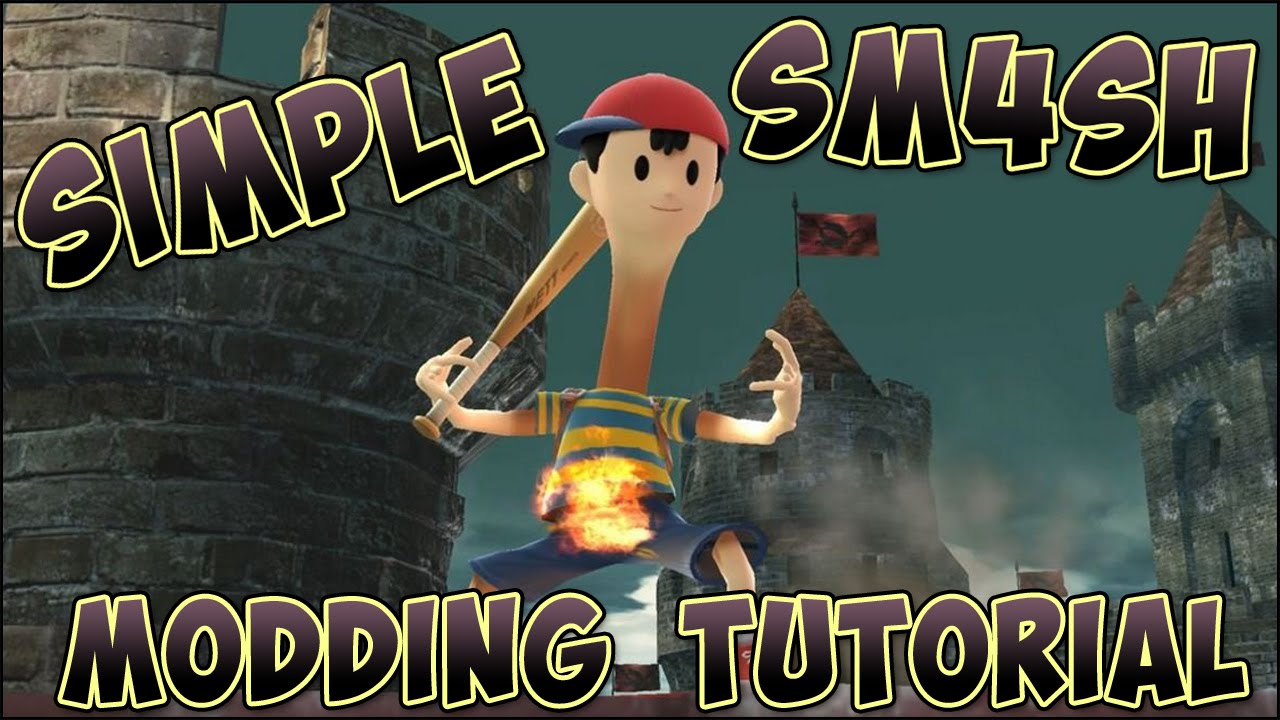 Next, open the ModPack file you downloaded, open the next folder with alphanumeric Id. Now, you should see three folders titled “movie”, “patch”, and “sound”. Copy all these folders and dump them into the “content” folder of your SD card.

Note: copying may take time, so be patient.

Eject the SD card from your computer. This is important, so your mod won’t get messed or damaged.

On your Wii U console, go to the internet browser and visit http://u.drg.li. You can bookmark this page if you wish. After the page loads, click on the link that says “go here if you want to try a new faster version”, then click “Exploit”.

Wait for it load. You might have to try a couple of times. Once it loads, you’ll be taken to the homebrew page. Select“SDcafiine” and then click “Load”. This should take you back to the Wii U menu. It might take about 2 – 5 minutes for your smash 4 mod to load.

Note: this smash 4 modding tutorial also works for online play. Want to drop feedback or something is unclear? Leave a comment below.

Related Article: How to get better at smash 4?

Before we start, I am sorry for the lack of pictures. I just can't get that many for this.

There is a new browser exploit!

The first, and most important part is to setup your SD Card, of course. So for this, you will need the following things on your SD card:

Now, once downloaded, extract them to the root of your sd card.

-A folder with a lot of alphanumeric characters, this is where your mods are. This is what the folder's name should be, depending on game version.

-A string of folders: wiiu/apps/

Inside that path, there should be the folders homebrew launcher 1.3, sdcafiine, and haxchi (or something like that).

What if you want multiple modpacks to choose from? Let's ask good 'ol discord.

Ah, Discord, you never fail to amaze me. Basically put the content folder in another folder with whatever name you want (it'll make sense later).

This part requires money, but it's well worth it so you don't need to retry. If you just want access to mods w/o Haxchi, go to step 3. Otherwise keep reading.

This is setting up what you need to install Haxchi.

Before you do anything else, remove any USB drives or SD cards in your Wii U. That way, the DS game will get downloaded to your console. Go to the eShop. From there, you should buy Brain Age from the DS virtual console area. Haxchi uses an exploit in how DS games work on the Wii U. Once that's downloaded, you can move on to the next step (put back USB drive if you had one).

Insert your SD card into your Wii U. Now that all of this is done, you can finally get to the browser. Once in there, reset your browser data. This can raise the chances that it'll work. Now go back to the browser, and type in sleepii.ovh. Once there, you should see a website that looks something like this, but on the Wii U of course:

As the website says, you should try the big exploit button first. Keep following the website's instructions, and it should eventually work. If it freezes, try again. How To Mod Smash Ultimate

It will freeze quite a bit. Just keep trying. It worked on the 2nd try for me.

Btw, Charles724 is Charles from the modding discord, who helped me out with this. Huge thanks to him.

Eventually, it should load up Homebrew. From here, if you did step II, click the Haxchi one and load it. From there, click the one that says Brain Age, and Haxchi should install over it. Now just open Haxchi and it should open up Homebrew!

When in homebrew, either from haxchi or if you just used the exploit, click SDcafiine and click load. It should bring you to the home menu. Then load up Smash Bros! If you put in multiple modpacks, it should bring you to a black screen where you select which modpack (folder name) you want to use. Use the D-pad to switch selection and press A to select the mods. There you go! You just modded Sm4sh on 5.5.2.

A: Either you haven't tried another delta or cleared browser data enough, or you haven't put homebrew in the right path on the sd card. I would test the latter first, since you don't wanna keep trying only to find out homebrew doesn't even work.

How To Mod Smash Melee

A: You likely put those folders in the wrong path too. Again, they go in wiiu/apps/.

A: This happened to me; you probably either put the mods in the wrong spot (the patch/movie/sound folders should be in sdcafiine/(content id)/(either modpack name or content folder)/(if multiple modpacks, content folder)), or, like I did, misspelled 'sdcafiine' thinking it was just sd and caffeine.

A: This means you are using a large modpack that is outdated, for example, Ken or Nairo's modpack (they haven't been updated for 1.1.7 yet). Luckily, because 1.1.7 didn't actually change game balance, most smaller modpacks still work.

Thanks for reading, and have fun modding!