Disney world welcome home. This is World History. In this course we will be covering many topics from around the world. We will touch base with every region on the globe and give every student a better understanding of the world around you. Respect everyone in the room. Dress code is 100%.

Please consider supporting The Cutting Room Floor on Patreon. Thanks for all your support!

The timing on this code is extremely tight, so you might have to try multiple times before it registers. Put the following MAME code in mk2.xml to simplify the code to 2P Block, 1P Block, 1P Block:

A World Wrestling Federation logo found inside the game. Possibly meant for an advertisement that was scrapped. Midway would develop WWF WrestleMania: The Arcade Game two years later.

Smiley faces of unknown use. The first one is displayed in the PlayStation version whenever the game loads.

A red sky background meant to be seen inside the grates on the wall of the Dead Pool background like in the SNES port of this game and the Nintendo 64 version of Mortal Kombat Trilogy. In the normal version, the background is merely dark green.

This can be seen in the Portal background by using a MAME cheat to break the screen limitations (so you can walk off the edge). It was later used in Mortal Kombat Trilogy.

Silhouettes from the Pit background in Mortal Kombat.

Kintaro, assumed to once be in the intro of MK2. The face portion of this image would later be used for Kintaro's character select portrait in Mortal Kombat Trilogy.

Silhouette which seems to be Kintaro. May have been meant for an intro screen like Goro's intro screen in the original Mortal Kombat.

One of the male ninja characters throwing something on the ground.

Baraka's blades were probably meant to sparkle during his win pose.

Looks like Baraka was meant to have some sort of flip move with his blades extended.

Kintaro standing. The shading implies it was meant for Kahn's Arena.

Kintaro grabbing and hitting an opponent. This move was later incorporated into Mortal Kombat Trilogy.

Shine meant for Kung Lao's hat during his win pose.

Had this been used in-game, it would have made Kung Lao's headbutt move less confusing, as it shows that he's actually attacking by using his hat.

This was used for MK2 Kung Lao in Mortal Kombat Trilogy for the PlayStation, PC, and Sega Saturn.

Lightning meant to go around Raiden during battle like in Mortal Kombat. The design is the same as in that game, but redrawn to match the style of the lightning in MK2.

Raiden lifting up and shocking someone, likely a Fatality. Raiden would eventually use a similar Fatality in Mortal Kombat 4.

Shao Kahn standing up. Shao Kahn was probably supposed to stand up after you beat Kintaro since he is seen sitting in the background of the level. These would later be used in the beta of the Nintendo 64 version of Mortal Kombat Trilogy, in which this animation triggers when the 'FINISH HIM/HER' prompt appears.

Shao Kahn doing a clap. Perhaps he shot out a projectile or created a shockwave.

Shao Kahn glowing. May have been used as a shield when he is laughing, but it is more likely that this was intended to be used during the final defeat sequence where he teleports through all stages, since he uses that pose there.

Shao Kahn grabbing the opponent and hitting him. He would acquire this move in Mortal Kombat Trilogy.

Looks like Shao Kahn was originally meant to have a Fatality. These sprites show him punching the ground and a large hand which probably smashed the opponent. 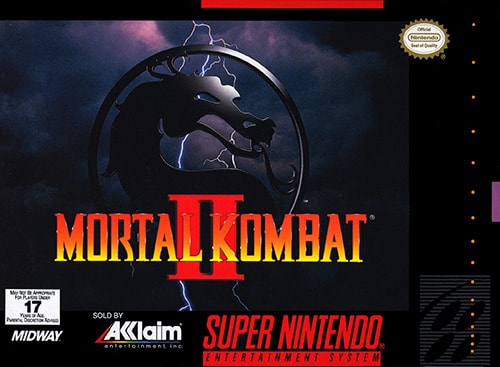 Shao Kahn hitting the opponent with both hands simultaneously. This was later used in Mortal Kombat Trilogy.

Shao Kahn using a sledgehammer. These sprites would later be inserted, yet again unused, in Mortal Kombat 3.

Looks like Sub-Zero originally had the ability to do a freeze blast while in mid-air.

Sprites of various staff members. Perhaps they were meant to be shown on the Pit II bridge during the credits, like the motion capture actors were?

There are several unused sounds in this game, mostly carry overs from the first game. There are, however, several vocal tracks and sounds for both existing and unknown characters.

Setting RAM address 1061FB0 to a non-zero value will enable a hidden development tool that was most likely used to help the developers position hitboxes correctly with their corresponding moves. This tool is also hidden within the 32-bit home console ports, where it has been expanded to display damage areas (marked in red) on the opponent in addition to the attack related hitboxes (marked in green).

In the test menu, there is an audit screen that lists several statistics that the game keeps track of. Some of these don't actually do anything and never go up, being there simply to stir up rumors and hype among the game's fanbase, something seen in other Mortal Kombat games.

(Discovery of what 'Kano Transformations' actually is: ZPaul2Fresh8)

The following win text is located on ROM chips ug12/uj12 (interleaved) starting at 0x04832. They were most likely put in as a joke. This is the first mention of a character named Tanya, who eventually made her debut in Mortal Kombat 4.

There are two unused audits in the game. Audit text starts at 0x491FC:

' S TAKEN' is probably a coin counter, while 'DOOR SLAMS' would count the number of cabinet tilts. Similar audits appear in games that use the Midway Y-Unit system.

Usually you can only fight in the hidden Goro's Lair stage when fighting against the hidden characters (Jade, Smoke, and Noob Saibot). If one uses hacking or cheats to choose the stage in a two-player game, it will show up on the VS screen as 'No Name'.

Johnny Cage was filmed wearing Otomix-brand athletic pants with a very visible logo. Most of the sprites had this edited out, but when doing Shang Tsung's soul steal Fatality, it can be seen briefly before his corpse withers away. Likely a simple oversight, as the sprite is only ever used in that one specific Fatality.

There is an audit located at 0x1400A40 in NVRAM which tracks the amount of times Shao Kahn has been defeated. Strangely, this is not used on the standard Game Audits screen, even though Mortal Kombat had a similar one for Shang Tsung.

Present at the beginning of the sound CPU.

A number of different versions of MK2 were released over time.

The first public release. Despite this, it's very unfinished!

This version appears to have been only released in Europe. Further details are unknown. 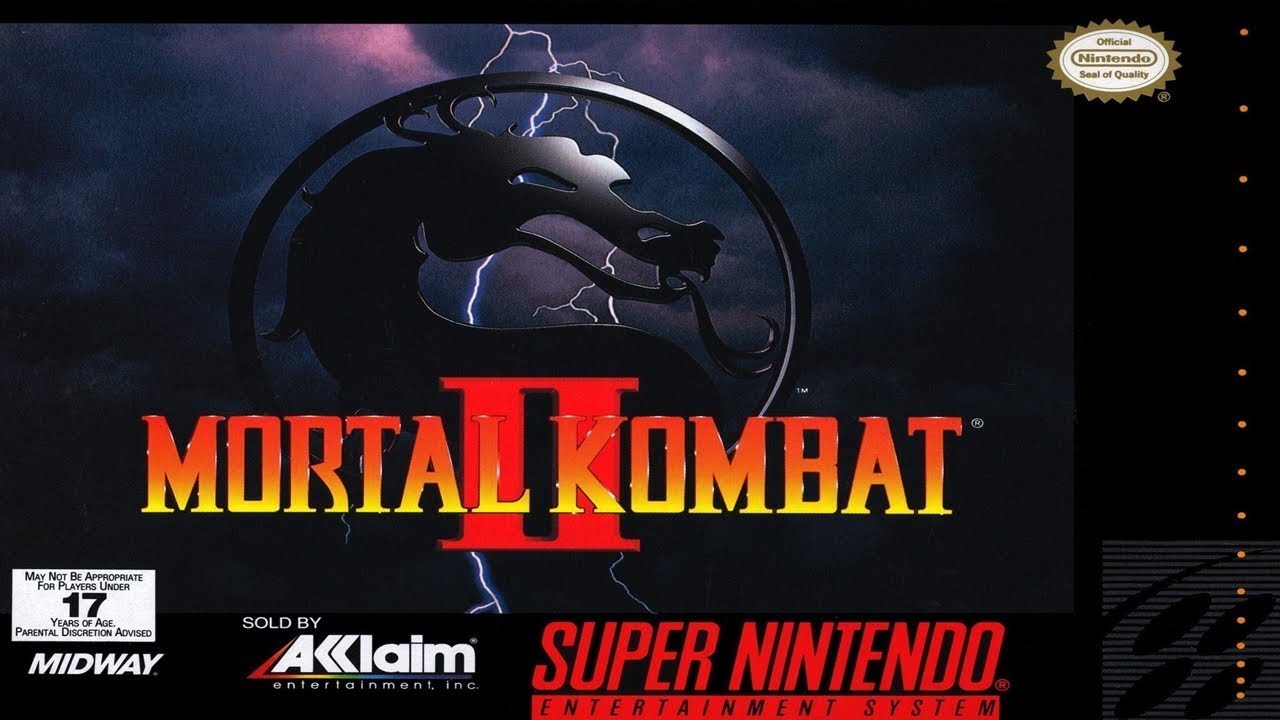 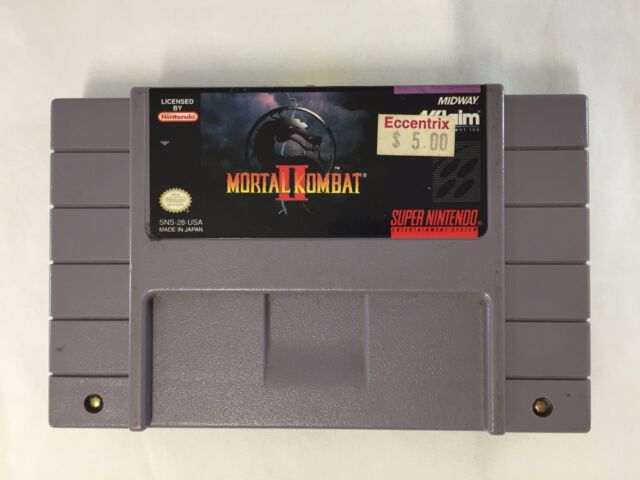