Platform-independent binary and source distributions of NXT can be downloaded from Sourceforge at http://sourceforge.net/projects/nite/. For most purposes the binary download is appropriate; the source download will be distinguished by _src suffix after the version number. For the most up-to-date version of NXT, the SourceForge CVS repository is available. For example

would get you a current snapshot of the entire NXT development tree.

Before using NXT, make sure you have a recent version of Java installed on your machine: Java 1.4.2_04 is the minimum requirement and Java 1.5 is recommended. Learn about Java on your platform, and download the appropriate version using Sun's Java Pages. 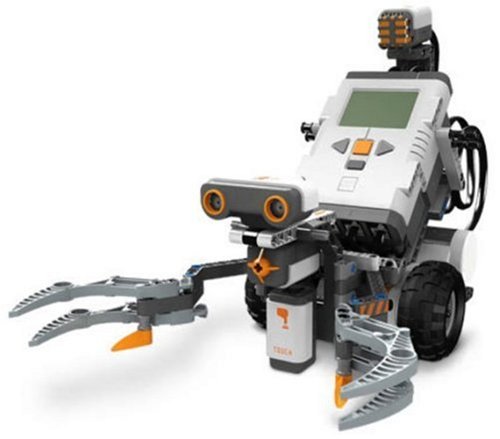 Some example NXT data and simple example programs are provided with the NXT download. There are several corpora provided, with at most one observation per corpus, even though in some cases the full corpus can actually consist of several hundred observations. Each corpus is described by a metadata files in the Data/meta directory, with the data itself in the Data/xml directory. The Java example programs reside in the samples directory and are provided as simple examples of the kind of thing you may want to do using the library.

All of the .bat, .command and .sh scripts in the NXT download have to set the Java CLASSPATH before running an NXT program. To compile and run your own NXT programs you need to do the same thing. The classpath normally includes all of the .jar files in the lib directory, plus the lib directory itself. Many programs only use a small proportion of those JAR files, but it's as well to include them all. JMF is a special case: you should find NXT plays media if the CLASSPATH contains lib/JMF/lib/jmf.jar. However, this will be sub-optimal: on Windows JMF is often included with Java, so you will need no jmf.jar on your CLASSPATH at all; on other platforms consult ???.

NXT plays media using JMF(the Java Media Framework). JMF's supportfor media formats is limited and it depends on the platform you areusing. A list of JMF supported formats is at http://java.sun.com/products/java-media/jmf/2.1.1/formats.html.This list is for JMF 2.1.1, which NXT currentlyships with.

There are several ways of improving the coverage ofJMF on your platform:

direct playback from DVDs or CDs is not supported by JMF.

NXT comes with a cross-platform distribution of JMFin the lib directory, and the.bat/.sh scripts that launchthe GUI samples have this copy of JMF on theclasspath. On a Windows machine, it is better to installJMF centrally on the machine and change the.bat script to refer to thisinstallation. This will often get rid of error messages andexceptions (although they don't always affect performance), and allowsJMF to find more codecs.

It is a good idea to produce a sample signal and test it in NXT (andany other tools you intend to use) before starting recording proper,since changing the format of a signal can be confusing andtime-consuming. There are two tests that are useful. The first iswhether you can view the signal at all under any application on yourmachine, and the second is whether you can view the signal fromNXT. The simplest way of testing the latter is to name the signal asrequired for one of the sample data sets in the NXT download and trythe generic display or some other tool thatuses the signal. For video, if the former works and not the latter,then you may have the video codec you need, but NXT can't find it - itmay be possible to fix the problem by adding the video codec to theJMF Registry. If neither works, the first thing to look at is whetheror not you have the video codec you need installed on yourmachine. Another common problem is that the video is actually OK, butthe header written by the video processing tool (if you performed aconversion) isn't what JMF expects. This suggeststrying to convert in a different way, although some brave souls havebeen known to modify the header in a text editor.

NXT ships with some startup scripts for the Mac platform (these arethe .command files) that attempt to use FMJ to passcontrol of media playing from JMF to the native codecs used by theQuicktime player.

If the FMJ approach fails, you should still be able to play media onyour Mac but you'll need to edit your startup script. Take an existingcommand file as a template and change the classpath. It should contain<directory>lib/JMF/lib</directory> (so jmf.properties is picked up);<file>lib/JMF/lib/jmf.jar</file> and<file>lib/fmj/lib/jffmpeg-1.1.0.jar</file>, but none of the other FMJfiles. This approach uses JFFMPEG more directly and works on some Macplatforms where the default FMJ approach fails. It may become thedefault position for NXT in future.

This section describes how to control certain behaviours of NXT from the command line.

These switches can be set using Java properties. Environmentvariables with the same names and values are also read, thoughproperties will override environment variables. Example:

This runs the CountQueryResults program with query rewriting on insilent mode (i.e. no messages). Setting environment variables with thesame names will no longer work .

The expected value is a number between 0 and 4. 0: no messages; 1: errors only; 2: important messages; 3: warnings; 4: debug information. The arguments true and false are also accepted to turn messages on or off.

Values accepted: true or false; defaults to false. If the value is false, NXT will automatically rewrite queries in an attempt to speed up execution.

Values accepted: true or false; defaults to true. If the value is false, lazy loading will not be used. That means that data will be loaded en masse rather than as required. This can cause memory problems when too much data is loaded.

Values accepted: false or false; defaults to false. If the value is false, the user will be asked for input at all points where there is more than one resource listed in the resource file for a coding that needs to be loaded. The user will be asked even if there are already preferred / forced / defaulted resources for the coding. This should only be used by people who really understand the use of resources in NXT.

A list of strings separated by commas (no spaces). Each string is taken to be the name of a resource in the resources file for the corpus and is passed to forceResourceLoad so that it must be loaded. Messages will appear if the resource names do not appear in the resource file.

A list of strings separated by semi-colons. If any of the strings are coding names in the metadata file, they are used when populating the list of existing annotators for the 'choose annotator' dialog. If no valid coding names are listed, all available annotators are listed.