The Piper at the Gates of Dawn is the debut studio album by English rock band Pink Floyd, released 4 August 1967 by EMI Columbia. The only album made under founding member Syd Barrett's leadership, it takes its title from chapter seven of Kenneth Grahame's 1908 novel The Wind in the Willows, which refers to the nature God Pan, and was recorded at EMI Studios in London from February to May 1967. Barrett’s legacy left a stamp on the Floyd’s music throughout its twists, turns, highs, and shit storms. I love the fact that the band always took care of Syd during his life and his family after Barrett passed in 2007, making sure they received all royalties from “The Piper”, even keeping Barrett in later restructured deals.

There’s no denying it – without Syd Barrett, there would most likely be no Pink Floyd. Aside from naming the band, he was also their original frontman, lead guitarist, and primary songwriter. But he proved that there was a fine line between madness and genius. As his mental health deteriorated, he became increasingly unreliable and unpredictable especially on stage. 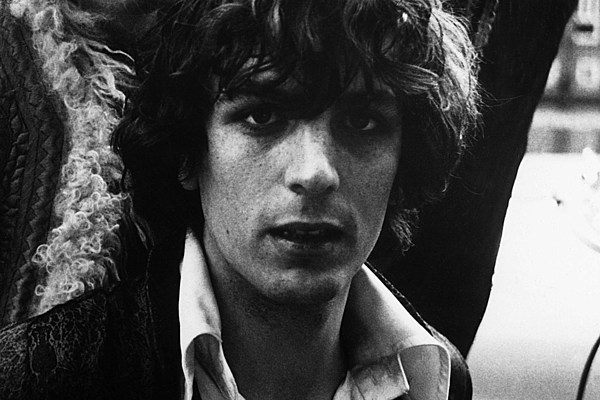 Nevertheless, he was innovative and he broke new sonic grounds during his time with Pink Floyd. He was active in the music industry for less than a decade but these ten songs reflect his brilliance.

10. Matilda Mother (Pink Floyd – The Piper at the Gates of Dawn)

Sung mostly by keyboard player Richard Wright, Syd Barrett based this on Hilaire Belloc’s Cautionary Tales for Children. Most of Barrett’s works touched on nostalgia and childhood, this one’s a good example.

Former bandmates Wright and David Gilmour played on this track. And the solo was done by Barrett, not Gilmour.

Roger Waters revealed that the song’s title character was based on an actual person. He said, “Both my mother and Syd’s mother had students as lodgers because there was a girls’ college up the road so there were constantly great lines of bras and knickers on our washing lines and ‘Arnold’ or whoever he was, had bits off our washing lines.” Although BBC played it, it was banned by Radio London.

7. No Good Trying (The Madcap Laughs)

As trippy as it can get. Barrett knew how to turn a song into a psychedelic musical journey.

It’s Barrett’s only contribution to Pink Floyd’s second studio album. He had a Salvation Army band on the recording and told them to just “play whatever they want”. Pink Floyd manager Peter Jenner said, “You think, ‘Well, OK, those are all right, but these are powerful disturbing art.’ I wouldn’t want anyone to have to go as mad and disturbed as Syd did to get that, but if you are going to go that disturbed give me something like that. That’s great art.”

5. Interstellar Overdrive (Pink Floyd – The Piper at the Gates of Dawn)

One of his finest musical moments, it’s proof that Barrett was ahead of his time. And this was also their first foray into what’s known as experimental rock. This has been covered by other artists like Pearl Jam, T. Rex, and Hawkwind.

Featured on Barrett’s final studio LP, he performed it on Top Gear in 1970 at the Kensington Olympia – making it his only solo performance.

This track is also known as “Games for May” but they changed the title after a few performances. Emily is a girl Barrett saw in the woods after helping himself to a psychedelic drug. It’s not clear whether she’s an actual person or just a product of his hallucination.

2. Lucifer Sam (Pink Floyd – The Piper at the Gates of Dawn)

Its working title was “Percy the Rat Catcher” because it’s about Barrett’s Siamese cat named Sam. It may have also referenced his then-girlfriend, Jenny Spires.

People have tried deciphering the Morse code at the start of the song but those are just random tones. Drummer Nick Mason told Rolling Stone, “This is such a great drum track in an interesting time signature. It’s a fantastic bit of ’60s philosophy mixed with a sort of psychedelic lyric.”

There is a formiable and sometimes rather tasteless mystique surrouding Syd Barrett not very different to that which until recently went hand in hand with the name of Arthur Lee. What little has been written has only added weight to the myth of a modern Nietzsche/ Nijinsky figure who mumbles inanities and vague things about “getting it together.” Strangely enough, Syd turns out to be as normal, unkempt, and emaciated as most of us. Talkative, unpretentious, and above all, very human…

Piper at the Gates of Dawn?

Wind in the Willows. That was very difficult in some ways, getting used to the studios and everything. But it was fun, we freaked about a lot. I was working very hard then; there’s still lots of stuff lying around from then, even some of the stuff on Madcap.

Some of your songs seem rather obscure—like Chapter 24 on Piper.

Chapter 24… That was from I Ching, there was someone around who was very into that, most of the words came straight off that. Lucifer Sam was another one—it didn’t means much to me at the time, but then three or four months later it cam to mean a lot.

How important are lyrics to you?

Very important. I think it’s good if a song has more than one meaning. Maybe that kind of song can reach far more people, that’s nice. On the other hand, I like songs that are simple. I liked Arnold Layne because to me it was a very clear song.

Some of your words don’t come over too clearly, like on Octopus there’s “little Minnie Conn coughs and clears his throat”. Have you though about printing the words on the sleeve next time?

Yeah that would be nice (laughing). That was “little minute gong.”

What about Octopus—that was my personal favourite.

I carried that about in my head for about six months before I actually wrote it so maybe that’s why it came out so well. The idea was like those number songs like “Green Grow the Rushes Ho” where you have, say, twelve lines each related to the next and an overall theme. It’s like a fool-proof combination of lyrics, really, and then the chorus comes in and changes the tempo but holds the whole thing together.

There’s a strong childhood feel to a lot of your songs with lots of fairy-tale and nursery rhyme elements. Have you ever thought of writing for kids?

Fairy-tales are nice… I think a lot of it has to do with living in Cambridge, with nature and everything—it’s so clean, and I still drive back a lot. Bot arena 4free flash games. Maybe if I’d stayed at college, I would have become a teacher. Leaving school and suddenly being without that structure around you and nothing to relate to… maybe that’s a part of it, too.

There was a strong science-fiction thing in the early Floyd. Were you ever into that?

Not really, except “Journey into Space” and “Quatermass”, which was when I was about fifteen, so that could be where it came from.

Your lyrics could be described as surrealistic collages. Did your art training affect your writing?

Only the rate of work, learning to work hard. I do tend to take lines from other things, lines I like, and then write around them but I don’t consciously relate to painting. It’s just writing good songs that matters, really.

Do you still paint?

Not much. The guy who lives next door to me paints, and he’s doing it well, so I don’t really feel the need.

Do you want to do other things?

A lot of people want to make films and do photography and things, but I’m quite happy doing what I’m doing.

Are you into other people’s music?

I don’t really buy many records—there’s so much around that you don’t know what to listen to. All I’ve got at home is Bo Diddley, some Stones and Beatles stuff and old jazz records. I like Family, they do some nice things.

What about the Underground?

I haven’t been to the Arts Lab or anything, so I don’t really know what’s happening. There are just so many people running around doing different things and no kind of unity. It doesn’t really bother me.

Do you read poetry?

I’ve got Penguins lying around at home. Shakespeare and Chaucer, you know? But I don’t really read a lot. Maybe I should.

Were you satisfied with Madcap Laughs?

Yes, I liked what came out, only it was released far too long after it was done. I wanted it to be a whole thing that people would listen to all the way through with everything related and balanced, the tempos and moods offsetting each other, and I hope that’s what it sounds like, I’ve got it at home, but I don’t listen to it much now.

Madcap is rather gentle compated with your Floyd stuff. What about the new album?

There’ll be all kinds of things. It just depends what I feel like doing at the time. The important thing is that it will be better than the last.

In “No Man’s Land” on Madcap there’s a long spoken part which is barely audible, like the “faded” lyrics of Astronomy Domine. Was the intention to abstract the words into just background noise?

Originally the words were meant to be heard clearly, but we went and actually did it, that’s how it came out, which wasn’t really how I’d planned it.

I always write with guitar. I’ve got this big room and I just go in and do the work. I like to do the words and music simultaneously, so when I go into the studio I’ve got the words on one side and my music on the other. I suppose Icould do with some practice.

What about the future? Are you looking forward to singing and playing again?

Yes, that would be nice. I used to enjoy it, it was a gas. But so’s doing nothing. It’s art school laziness, really, I’ve got this Wembley gig and then another thing in summer.

What about forming a band?

I’ll be getting something together for the Wembley thing and then just see what happens.

I’m working on the album. There’s four tracks in the can already, and it should be out about September. There are no set musicians, just people helping out, like on Madcap, which gives me far more freedom in what I want to do… I feel as if I’ve got lots of things, much better things to do still, that’s why there isn’t really a lot to say, I just want to get it all done.