Blending role-playing elements with the strategy of ship-to-ship combat, Pirates of the Caribbean offers players a chance to set sail on the high seas as a treasure-hunting pirate. The player's career is not locked into one path, however. Players can work for a European power to lead a squadron, or forgo the pillage and plundering altogether for merchant sailing. Those with a taste for blood and vengeance can become a bounty hunter, or the true freedom of a pirate's life can be enjoyed with no strings attached.

Players begin the game by creating a character with limited skills in the areas of ship control, trading, fighting, and various other traits. As players become more proficient at sailing, their attributes will gradually increase and non-player characters may join their ranks. As in titles like Pirates: The Legend of Black Kat, the action is divided into two parts: sailing and visiting islands or towns. While sailing across the sea, players are responsible for steering, raising and lowering sails, monitoring crew and prisoners, and managing cargo and armaments.

Computer-controlled characters will tag along while players enter towns and travel across islands, and even join in on fights. Exploring islands may reveal smuggler's lairs or hidden treasure caves to add to one's coffers, while towns are filled with buildings such as taverns, shipyards, and churches that players can enter to purchase items or to speak with characters. Combat on the seas may involve multiple ships at once as well as sieges on fortresses, and players have the option to board enemy vessels to steal their crew and whatever goods they may be carrying. Originally known as Sea Dogs II, Pirates of the Caribbean was re-titled to promote the 2003 feature film, which in turn was inspired by the popular Disney attraction.

Pirates of the Caribbean was the last theme park ride overseen by Walt himself. His careful attention to detail earned the ride generations of devoted fans. Recently, that legacy was added to by the release of a surprisingly good feature film bearing the ride's name. Russian developer Akella's Sea Dogs was an innovative pirate RPG that received lavish critical praise. With so much going for it, you'd think that the PC version of Pirates of the Caribbean (which is merely Sea Dogs 2 with a name change) would be an easy slam dunk. Think again. Pirates of the Caribbean is a sad mess that not only has virtually nothing to do with the movie or the ride, but is a pretty poor game in its own right. Somewhere Walt is spinning in his cryo-tube.

Let's start off with the obvious. What does this game have to do with Pirates of the Caribbean? Quick answer: not much. Keira Knightley, who was in the movie, does the narration voiceover for the game, but she's not even playing a specific character. The storyline concerns one Captain Nathaniel Hawk, freebooter and mercenary, unleashed on the 17th century with little more than one ship, a rusty sword, and his wits. After a brief tutorial, the French invade the port he begins the game in, which sets off a story that culminates in the discovery of an ancient artifact and a battle against a shipful of undead sailors. The undead skeletons and the fight against the Black Pearl (the ship from the movie) don't really fit the rest of the story and were obviously shoehorned in to jibe with the movie. On the other hand, the story is actually pretty good and is illustrated with some very effective cutscenes.

The game's also a graphic standout -- although not as much as it could have been. First, the developer focus on the Xbox rather than the PC first becomes obvious when you realize that there's no option to change the game's resolution without quitting and using a separate program. When you do crank up the resolution, though, the game becomes quite good looking. The ship animations are lovely, with sails billowing in the wind, explosions, smoke and fire, and a great sinking effect with cargo and drowned sailors floating in the water. The environments at sea are suitably spectacular, particularly at night with the seas rippling against the hull and a gorgeous moonlight effect. On land, however, things aren't quite as good. The towns and jungles Hawk travels through look good enough (and their looks vary based on their European mother country -- a nice touch), but the movement animations on human models look stiff and unrealistic.

Of course, good graphics and a good story are fine, but they don't mean much without good gameplay to go with it -- and that's where PotC falls down. The freeform gameplay idea is sound enough. You can choose where and when you go, what missions you want to take, whether to work as a government stooge, become a trader or go pirate, and whether or not you want to participate in the story. Unfortunately, most of the non-story based missions are rather boring, as is trading. There's no economic model at all. Every island always trades, buys, and bans the exact same products.

The last, of course, assumes that you actually manage to play the game at all. Put simply, this is a game that's so incomplete and badly balanced that it's almost impossible to play at all. First, the interface is simply atrocious. The default keyboard setup is nearly impossible to use. Even when the keys are remapped, though, it seems like to you have to press an awful lot of keys to do even the simplest things. The buy/sell screen layout, for example, is awful, and makes it really tough to figure out just what's in your cargo hold. Even better, when you buy and sell personal inventory items, you won't be able to sell them unless they've been unequipped -- meaning you have to go to another screen (two or three key presses), unequip the item, and then come back to sell it (another two or three presses). Then there are the things that are simply missing -- like a map of the entire game world. While navigating my ship on the ocean, it'd be nice if I actually knew where I was going rather than sailing at random hoping to find the right island.

It gets even worse once you get into combat. Despite the game's supposed RPG-Like emphasis on improving your ability scores, swordfighting is all about reflexes, movement, and timing. Players have control over attacking with a sword, blocking, dodging and moving, and firing a pistol -- which would be fine if the game had been an action game. As it stands, though, your control is so iffy that the best you can usually do is hold the block button until you hopefully get an opening to swing your sword. Leave yourself open for an instant, though, and you're almost guaranteed to get hit. Even so, this system would have been okay if you only fought one or two people at the same time. The problem is that you'll frequently be faced with seven or eight people whaling on your back while you're dealing with the guy in front of you. When that happens, its time to fire up a saved game.

Ship-to-ship combat is better, but not by much. Players can control their ships rigging, direction against the wind, fire the cannons, and select the type of shot they'll use. Unfortunately, even in arcade mode, ship combat is slo-o-o-o-w. That's a problem any sail combat simulation has to face, and most of them do it by adding a control to speed up time. Not PotC, though. Their solution is to let you use the 'sail to' command to speed up time. This sends the ship to a static scene and then back to the combat where the ship you sailed to is right on top of you.

I can't emphasize enough what a terrible solution this is. By the time you get yourself reoriented to the new situation, the enemy ship will have enough time to get off what is essentially a free shot at you. If you've got more than one ship in your fleet, the problem is even worse since there's no effective overview of the battle you can use to plan strategy. There's also no level governor on random encounters (and there are lots of those). It's very common, especially at the beginning at the game, to be confronted by ships or fleets that you simply can't handle and can't get away from.

Cc luke notesonline lutheran bible study. There are other, smaller, annoyances as well. The sounds are nothing to write home about. There's no specific voice recording for the game's dialogue, which means that every character greets you with one of four or five generic greetings. The loops are also repetitive -- some guy in one town kept bellowing something about 'French craftsmanship' over and over so many times it made me dislike the French even more than I usually do. The text is also huge and filled with typos, grammatical errors, and obvious placeholder dialogue.

With Keira Knightley, Catherine Flye, Peter Gil, Ralph Cosham. Swashbuckle through the world of pirates and relive the adventure of the film. I would suggest to some of you gamers, go to the (pirates ahoy) WEBSITE, try to find potc cheat file called cm-pocch zip file, it's a small file about 11 KB you can download to your desktop, doubleclick the zip folder, and it will ask you where you want to extract the file to, extract the file to the correct path, by browsing to the bethesda.

The particular tragedy of this game, though, is that it didn't have to be this way. It's a sequel to a good game that could have been well integrated with a good license. Instead, it seems more likely Disney threw a treasure chest of doubloons at Bethesda to get the game at all and even more to get it out early. 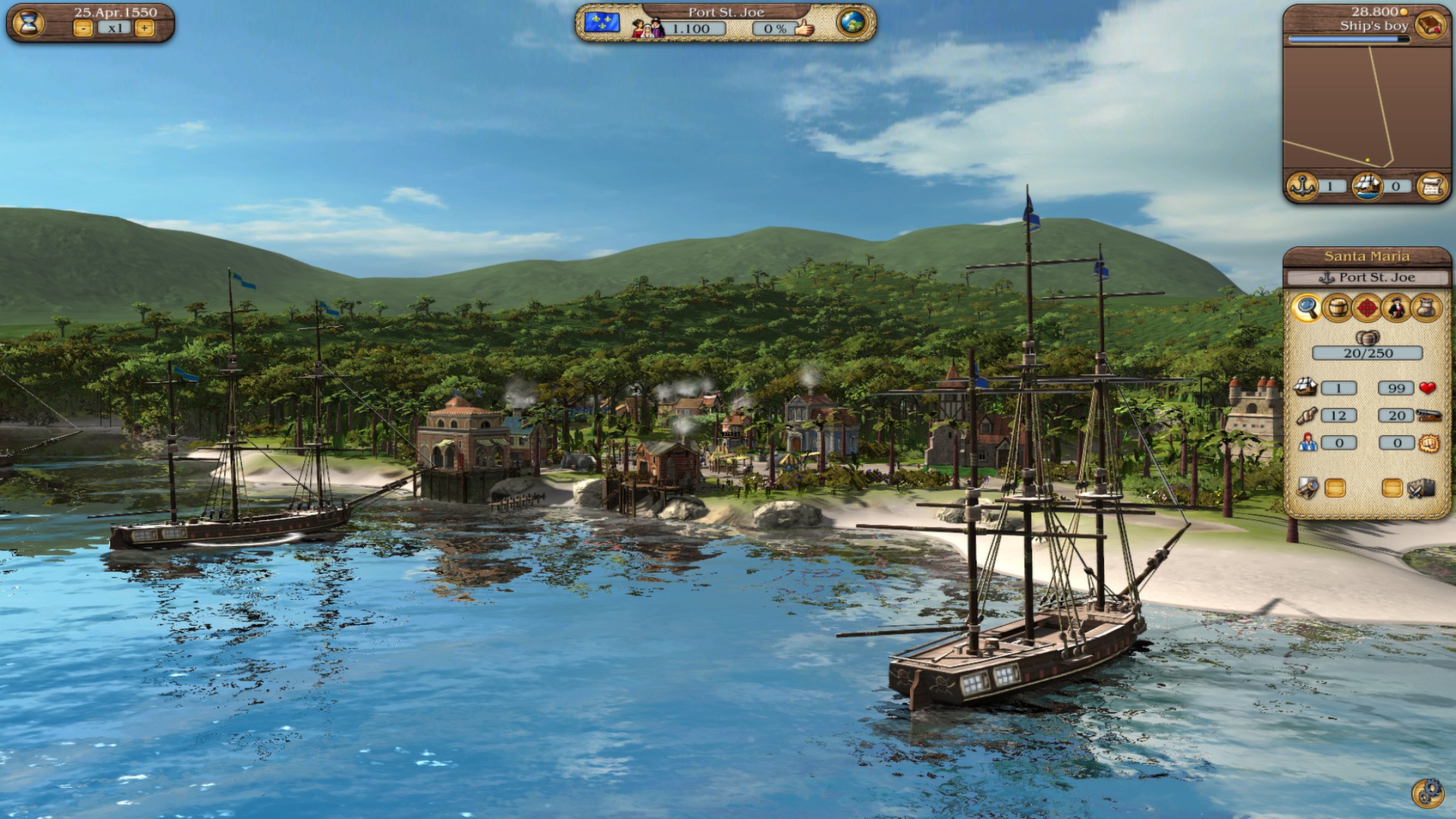