Pokemon is a popular anime series that has tremendously evolved in the last twenty years, and with each generation that kicks in, its fan based community keeps increasing. Core series of the Pokemon gaming industry like the Emerald and Diamond versions demand hours of breeding, battling and trading a catch in the game.

There are fans who want more high-level competitive play and surprisingly there are also fans who love to create their own Pokemon games.

The Pokemon franchise has inspired many enthusiastic and tech-savvy fans to come up with their own amazing story lines. These fans have taken their obsession to a whole new level!

While some gaming versions are ROM hacks from the original series, few others have actually been built right from scratch using programs like the RPG maker. If you’re looking for such inventive Pokemon games that are fan made, here’s a look at some outstanding versions –

This fan-made Pokemon game is by far one of the best hacks ever made and is the 2009 ROM hack version of Pokemon Ruby.

The developer of the game, WesleyFG, has based the game in two new regions – Zhery and Lauren. The story line of the game features a new evil team called Team Steam, introduces four legendary Pokemons right at the beginning and has a boatload of action.

The plot is conventional where the player must rescue the Professor, all the while battling Team Steam and build his team of Pokemon characters. You start with a first-generation Pokemon, journey across Zhery and battle a number of rivals in each challenge.

This game isn’t built for an average player but if you’re expert and have a fantastic memory, Insurgence should be your next challenge. The game’s been created using RPG maker XP and Pokemon Essentials by Maruno, the gaming experience throughout is fantastic.

Salesbig valley ranch. You can start with customizing your own Pokemon, picking a suitable challenge and back track into the past. The story line begins with the second Augur (protector of the dimension/region) expressing his distress.

As the player, you’ll have to escape from the clutches of the Darkrai Cult with the help of Mew, make your way to an inspiring Pokemon trainer (Damien) and finally pick your Pokemon.

As the player, you’ll have to start fresh, find your way to your first Pokemon which is Pikachu and you’ll have to spend plenty of time, to bond and train this one. You’ll have a run in with the turtle squad, make a grand escape from a flock of Spearow and even get to discover the mysterious Bulbasaur Village.

Pokemon Prism is game creator Koolboyman’s first attempt at producing a masterpiece – the game is a hacked version of Pokemon Crystal, features an ambitious plot line and offers a great battling experience. The goal is simple, battle the gym leaders all the while collecting your Pokemons and training them on this journey.

The game introduces six new kinds of Pokemons – Sound, Fairy, Wind, Wood, Abnormal and Gas. You can create your character by choosing from a number of display options like the hairstyle, clothing, shoes etc. It features a brand new region called Naljo, plenty of caves, forests and routes spread throughout the map and gold token system. 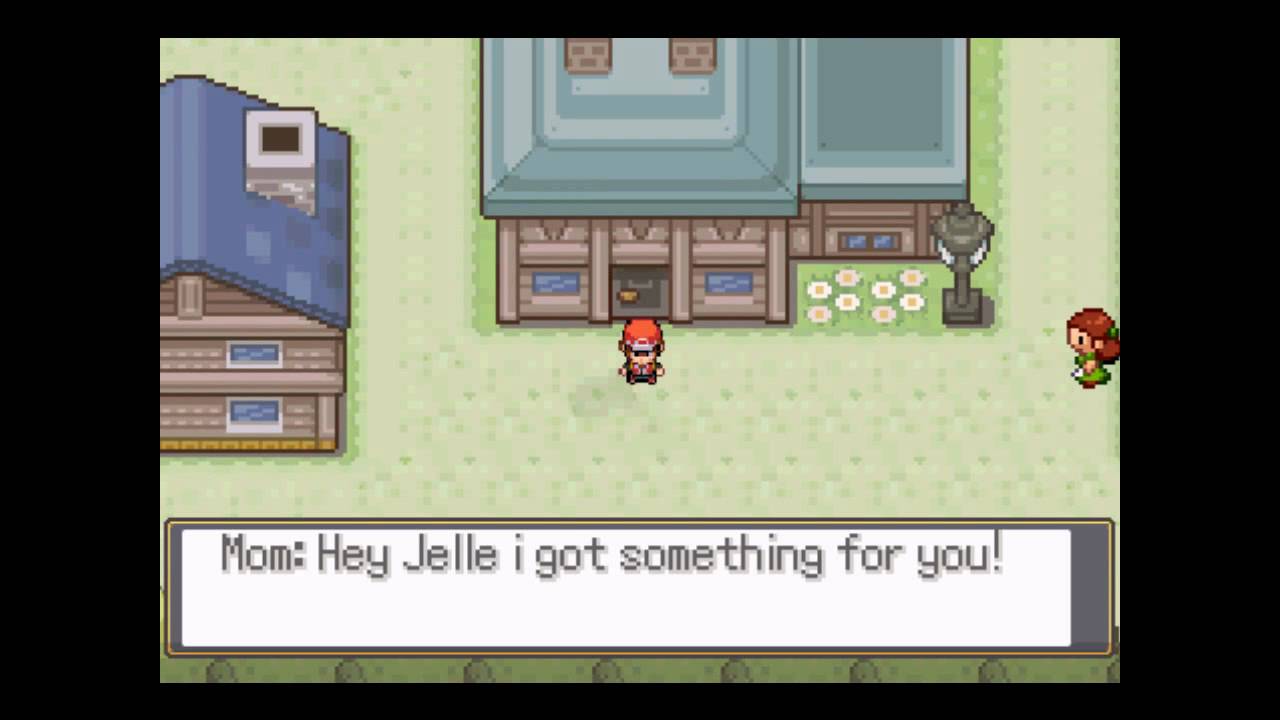 Game creator Amethyst Liddell created this downloadable PC game from a completely unique perspective – Pokemon Reborn features a dark fantasy plot line, incredible graphics and a new region called Reborn. The plotline begins with a catastrophic event that takes place within the metropolitan. As the player you’ll have to battle thousands of Pokemon, but the field effects are spectacular. So if you are present in the forest, grass attacks will become stronger. You can use a Cotton Candy to control your Pokemon’s evolution, take them out for haircuts and counter every challenge with new attacks.

This hacked version is a modified adaptation of the original Pokemon: LeafGreen. The version features eight gym leaders who need to be defeated, standard Pokemon hiding within the map and then must conquer the Elite Four.

However you will also have to defeat the ego-centric, madman or antagonist of the game – Gary, an evil genius who is a bloodthirsty dictator. As the player, your story line is based on a poor, yet the modest character who struggles to become the best.

You’ll also come across mutated forms of regular Pokemon’s known as the Tyrant Pokemon like a Zangoose with metal claws, spooky isn’t it?

Pokemon Brown is another 2004 hack version by game creator Koolboyman and is based on the original series Pokemon Red. The starting Pokemon are the same – Squirtle, Charmander and Bulbasaur.

New features in the game include new gas type Pokemon that replace the poison types. The game play is brilliant and quite challenging, features classic sounds and you have to beat the Elite Four at the end.

The graphics are also great so if you want a cheaper alternative of the Pokemon Red, this hacked version is the best possible choice. This Pokemon game features the character Bill, who actually unleashes monstrous Poke-hybrids in the city. The plot line takes place after the events of Pokemon Emerald, and as the protagonist you must become the Pokemon Champion in a region called Kanto.

The fusion-type Pokemons have different fighting styles, stats and moves due to which the game is even more challenging. In this game, you can capture and train Pokemons from different generations, build your own strategy throughout the map.

This is one of the best fan made Pokemon games that feature characters from Pokemon Sapphire and Ruby. 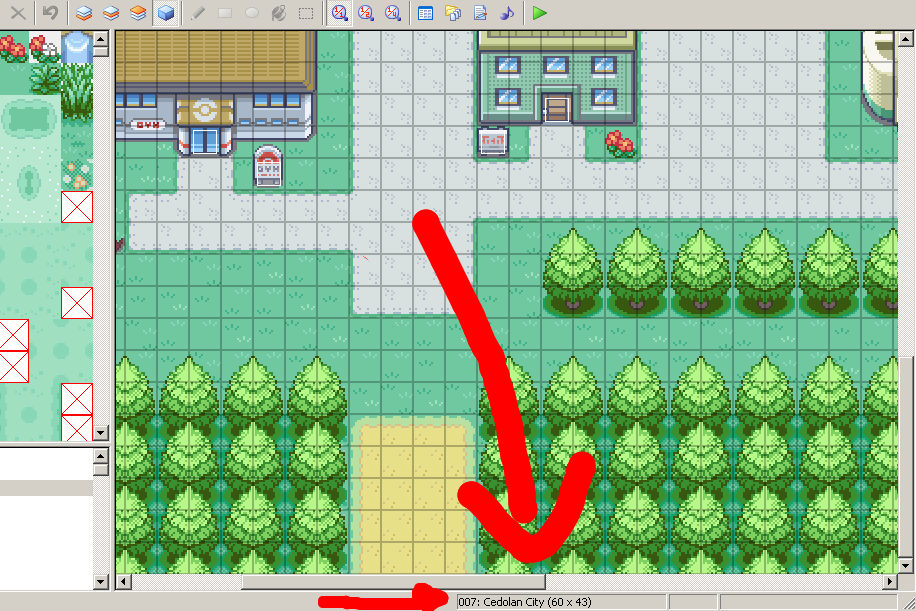 This fan-based RPG is an improved version of Pokemon Reborn created by SuperJanPro that takes place in the region Aevium. As the player, you must travel through this region, all the while collecting 18 badges to bring back the realm’s life force.

You’ll be facing against the evil organization called Team Xen, battling grim gym leaders and find out the harsh truth behind the region’s destruction. Your personal story line is based on Pop Idol Yancy, basically you’re the child of the former pop star. As for the Pokemon in the game, you can choose from the regular characters between Gen I-VI.

This hacked version is an adaptation of the original Pokemon FireRed series, featuring a team of Elite trainers known as the Team Dark Rising. As the player, you must investigate the strange cause of events that take place within the region.

Your main goal – defeat the seven demon lords who have unfortunately been unleashed by Satan, to wreck havoc in the city. The gameplay is quite unique, features dangerous moves and is completely hard core. The best part is that this game merges two worlds – Pokemon and Digimon while the fate of humanity rests in your hands.

One of the best hack versions of Pokemon Ruby, this game has already picked up a large fan following in the Pokemon gaming community. The game was released by creator AlexTheRose in 2012 and is one of the earliest fan-based RPG.

The game starts you off as an amateur Pokemon trainer in Kohto and you’ll get to battle Team Magma and Aqua. Although the game isn’t incredibly innovative, it is a cost friendly alternative to the original series. There are new characters, clear and precise graphics and there’s the second part of this game also available now.

Here’s a walkthrough for this hacked version, Pokemon Flora Sky is complex and quite frankly has a difficult game play which needs massive skill. It is a remake of the Emerald version that was released back in 2009 by creator Sky.

It is one of the best fan made Pokemon games and reveals a whole new world that consists of Pokemon from Gen IV and V. The basic plot line is simple – defeat the gym leaders and finally battle the Elite team. The game includes a wonderful combination of old and new Pokemon from the series so it is perfect for old school fans with quality graphics.