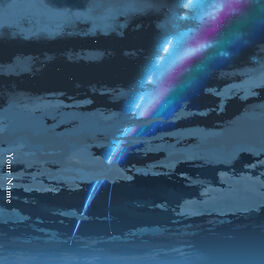 Noda, who had lived in the United States for three years as a young boy, had long wanted to tour the West, but his bandmates expressed little interest, despite their relative popularity there. In 2013, after the release of Radwimps' seventh album, Batsu to Maru to Tsumi To, Noda decided to go it alone, launching his solo project Illion with the album Ubu. A second Illion album, 2016's P.Y.L., followed before Radwimps returned with two new albums released just a week apart: the first a soundtrack album to the 2016 anime film Your Name, the second their eighth studio album, Ningen Kaika. The film was an international success, further boosting the band's global profile and sending them to number two on the Billboard World Albums chart. Human Bloom became their seventh platinum-certified effort and second straight chart topper. In 2018, the band added another number one to their list with Anti Anti Generation. Arriving at the end of the year, Anti featured guests Taka (One OK Rock), Aimyon, Tabu Zombie, and rapper Miyachi. ~ John D. Buchanan, Rovi