'Soul Calibur III: Arcade Edition is a re-tuned, re-vamped, and, most importantly, fixed version of Soul Calibur III. Naturally, all glitches found in the console version have been fixed. In addition to that we've re-tuned the overall balance of many moves and re-vamped Amy, Hwang and Li Long as official characters. All three have been revised into more unique move sets and help to expand the already expansive Soul Calibur III line-up.'

INTRODUCTION:
This is a port of the beloved Arcade Edition, released on System 246, to the PlayStation 2 with some extra features peppered in. It tries to capture the gameplay feel of Arcade Edition whilst also packing in some additional changes.
Changes made to it include, but are not limited to:
This was the work of a lot of people within many years, researching the game and trying to make this a reality. And after many years, it's here! Well, sort of. You see, there are some caveats I am still trying to fix myself. Such as:
These caveats were too great to ignore. And as such, Arcade Edition movesets and costumes are not currently included. However, a lot of progress have been made trying to fix these issues and soon, perhaps before we even know it, a version sporting both Arcade Edition costumes and movesets will be released.
PLANNED CHANGES:
KNOWN ISSUES:
CHANGELOG:
SCREENSHOTS: 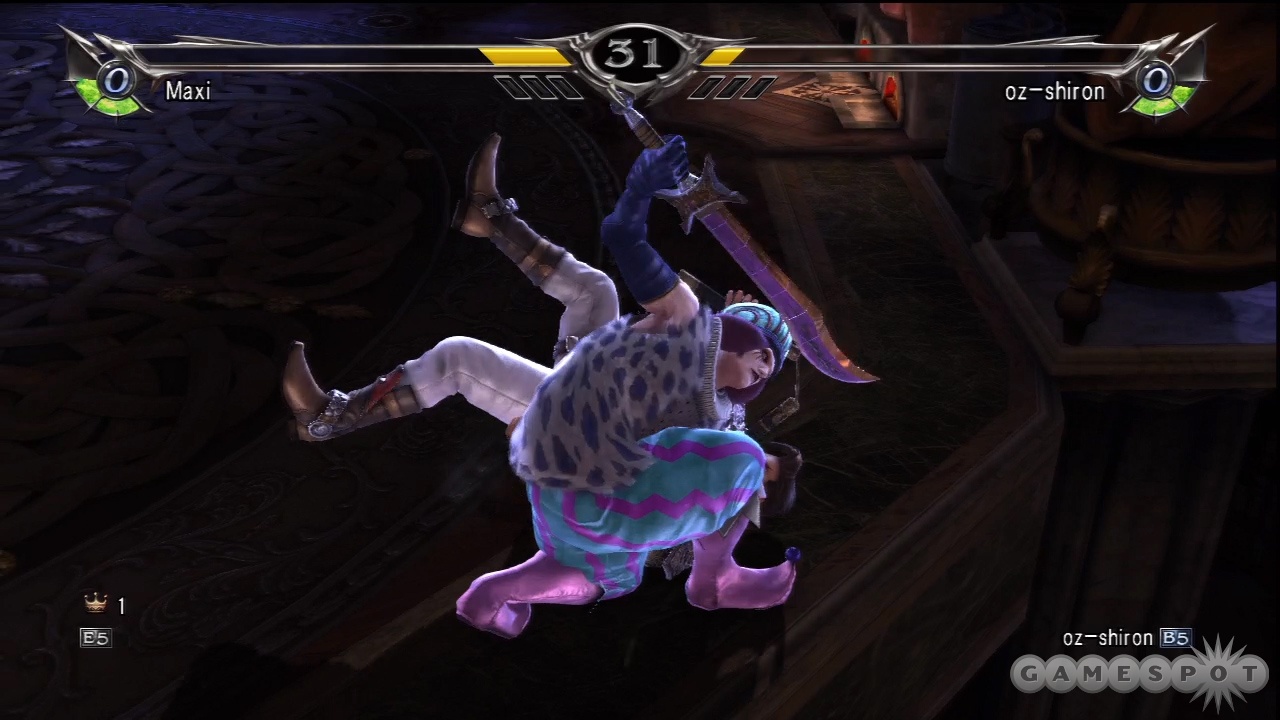 Many people have contributed to this project over the years, and I want to thank all of them here in this post:
CONCERNS WITH COPYRIGHT:
First off I want to point out this has been done before. ISOs have been shared on this website many times in it's past without any legal action to note. But in any case.
inhales
SOULCALIBUR, SOUL EDGE, PROJECT SOUL AND ALL RELATED TERMS AND MEDIA ARE REGISTERED TRADEMARKS OF BANDAI NAMCO LTD. AND HAVE ALL OF THEIR RIGHTS RESERVED TO THE AFOREMENTIONED COMPANY. THIS ISO9660 FILE HAS BEEN PREPARED AND SHARED UNDER FAIR USE FOR USE IN SCIENCE AND EDUCATION UNDER REVERSE ENGINEERING AND COMPUTER ENGINEERING CATEGORIES AND ALSO FOR FUN, PERSONAL ONLY USE. THIS ISO9660 FILE WILL BE REMOVED ONCE A PATCHER PROGRAM FOR THE GAME IS MADE AND WILL BE REPLACED WITH A PATCH FILE REQUIRING THE GAME'S ISO9660 FILE TO USE.
THE COPYRIGHT NOTICE AT THE TITLE SCREEN OF THE GAME IS MEANT TO BE A CREDIT NOTE TELLING PEOPLE WHO PLAY THE MODIFIED GAME THAT IT IS, INDEED, A MODIFIED COPY OF THE GAME MADE BY ME, TOPAZTK, AND NOT ME, TOPAZTK, TRYING TO CLAIM ANY COPYRIGHT OF THE AFOREMENTIONED GAME ITSELF. THE COPYRIGHT NOTICE IN THE GAME HAS BEEN UPDATED TO SAY '2020, BANDAI NAMCO LTD. ALL RIGHTS RESERVED' TO COMPLY WITH THIS. 'TOPAZTK' IN THE COPYRIGHT NOTICE IS NOT A PART OF THE 'ALL RIGHTS RESERVED' STATEMENT AND SHOULD NOT BE SEEN AS COPYRIGHT INFRINGEMENT. THIS STATEMENT WILL BE CHANGED IF REQUESTED BY THE COPYRIGHT HOLDING COMPANY IN QUESTION, BANDAI NAMCO LTD.
BY DOWNLOADING THIS ISO9660 FILE YOU HEREBY AGREE THAT YOU LEGALLY OWN A TRUE, PHYSICAL OR DIGITAL COPY OF THE GAME ACQUIRED BY LEGAL MEANS. I, WHO AM LEGALLY KNOWN AS 'TOPAZ MAXWILLIAM QUARTZ' AM NOT RESPONSIBLE FOR ANY COPYRIGHT INFRINGEMENT AS THAT IS NOT MY INTENTION NOR MY PURPOSE TO DO SO.
Now that we got that out of the way..

Happy Modding, and thank you to all who made this possible!