The Hammerhead corvette is a ship class that originally appeared in the Star Wars Rebels television series and was given a prominent role in Rogue One: A Star Wars Story during the final space battle when one of these ships rammed a disabled Imperial Star Destroyer into another. 🎹 Piano Version Wars EPIC PLAYLIST Support my work on Patreon https://www.patreon.com/samue. See also: The Galactic Empire, Star Destroyers, Vehicles This article is a collection of Vehicles produced for or widely used by The Galactic Empire and their respective eras in which they are present. 1 The Dark Times 2 The Rebellion Era 3 The New Jedi Order Era 4 The Legacy Era See also: The Dark Times See also: The Rebellion Era See also: The New Jedi Order Era See also: The Legacy Era. Classic Star Wars is a sub-theme of the Star Wars theme of products. It includes many of the vehicles and characters from the Star Wars Original Trilogy, which consists of Episodes IV, V and VI. The events of these episodes occur in LEGO Star Wars II: The Original Trilogy and LEGO Star Wars: The Complete Saga. 1 Characters 2 Set formats 2.1 Mini 2.2 Planets 2.3 Technic 2.4 UCS 2.5 Magnets 2.6.

Star Wars: Squadrons, the new flight simulator game from EA, is turning a lot of heads. With its VR interface, it puts you in control of one of eight different ships from the Star Wars universe. In order to know how these ships perform, each has been classified into one of four classes: fighter, interceptor, bomber, and support.

Want to know more about them? We’ve broken down the history, origins, and capabilities for each of them.

Which will be your favorite to fly? Only time will tell. 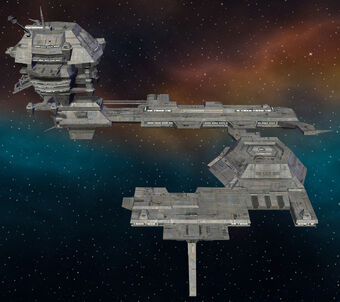 X-Wing (Fighter Class): The X-Wing might be the most recognizable ship in the Republic fleet. Known by their unique crossed-X S-foil configuration, these ships were integral to the destruction of both Death Stars. Manufactured by Incom and Subpro, X-Wings are the latest in an evolution of ships that began with the Z-95 Headhunter. The Z-95 was a nimble snub-nosed fighter that first went into use during the Clone Wars. By the end of the war, the Z-95 had evolved into the ARC-170 fighter that saw use at the Battle of Coruscant. As the Empire took control and TIE fighters became commonplace for their fleet, ARC-170s went out of service. The Alliance to Restore the Republic eventually contracted with Incom-FreiTek to put them to use against the Empire.

In order to ensure new recruits to the rebellion were familiar with the X-Wing, Alliance Intelligence leaked a training manual onto the holonet, written by Barion Raner, who served as Blue Four in Blue Squadron. With the manual out in the open, new pilots would arrive to the Rebellion ready to fly. 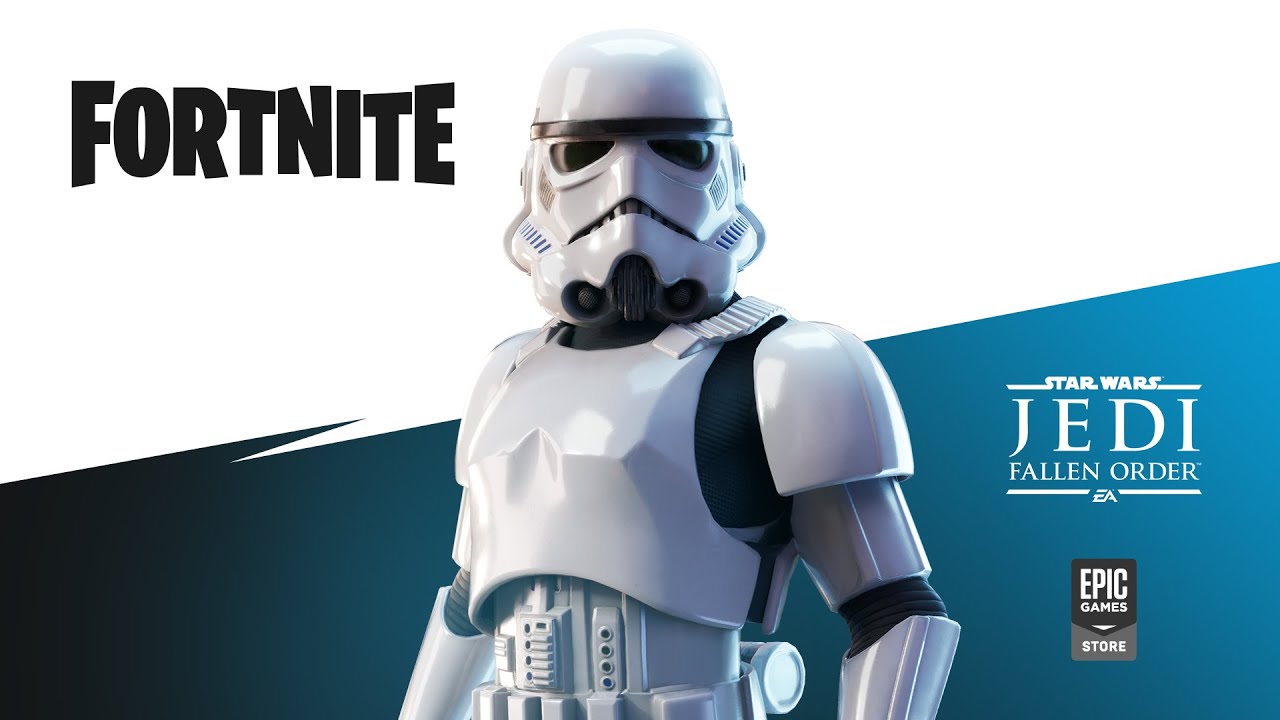 X-Wings were used prominently in engagements over Lothal, Scarif, Yavin, Endor, and Jakku. With built-in hyperdrives and shields, they were a force to be reckoned with in the hit and run attacks the Alliance to Restore the Republic often had to employ.

A-Wing (Interceptor Class): A-Wings have been a part of the rebel fleet since the days before there even was a fleet. Bail Organa used these fast, sleek fighters in early engagements against the Empire and they gained a reputation over the years. With their lightning speed, faster even than TIE Interceptors, A-Wings made excellent strike ships and reconnaissance vessels for the Alliance to Restore the Republic.

Kuat systems developed the easily identifiable arrowhead shape and pivoting laser cannons of the A-Wing early in the war and they evolved and advanced as the war went on. There were a few variations of course, and the trainer version boasted a two-seat cockpit. One thing remained the same through every iteration: their lightning speed and excellent maneuverability. This makes them hard targets for the forces of the Empire.

These nimble crafts served with distinction at a number of engagements including the evacuation of Raada, the key Battle of Atollon against Thrawn, and the Battle of Endor.

Y-Wing (Bomber Class): Y-Wings might be the oldest and most lumbering ships in the Alliance fleet, but that doesn’t make them any less valuable or important than any others, despite what you might hear.

These ships have a long history and were commissioned originally by the Galactic Republic for use during the Clone Wars. These heavy, shielded bomber ships were cumbersome and slow, but they packed a big punch with a massive payload. The Rebel Alliance got their hands on a number of them in the days before the Battle of Yavin that had been scheduled for demolition by the Empire. This new fleet transformed into Gold Squadron, who took part in the battles of Atollon and Scariff, though they were decimated in the battle to destroy the first Death Star.

Y-Wings were originally commissioned to be a combination starfighter and long-range bomber and that’s exactly what Koensayr Manufacturing delivered. Heavily shielded and heavily armed, they’re a vital part of any well-balanced starfighter compliment.

U-Wing (Support Class): One of the last ships that Incom developed and manufactured before being nationalized by the Galactic Empire. Senator Bail Organa was able to play a shell game with Senate records to make sure lost shipments of U-Wings made their way to the Alliance to Restore the Republic.

These ships were developed to be incredibly versatile, serving as both starfighter and troop transport, depending on the configuration. Their S-foil wings fold back or forth depending on the atmospheric conditions they’re dealing with and they’re heavily armored. U-Wings took on many jobs for the Republic, ranging from cargo haulers to medical evacuations. They offered a wide-range of support on a variety of Alliance missions, but their most high-profile use might have been at the Battle of Scariff.

TIE/In Fighter (Fighter Class): The screeching roar of a TIE Fighter’s twin ion engines are unmistakable and strike fear into the hearts of the enemies of the Empire. Commissioned at the behest of Grand Moff Wilhuff Tarkin, Sienar Fleet Systems developed the striking craft.

Boasting no life-support system, no hyperdrive, and no shields, Imperial TIE Fighter pilots knew they had to be the best in order to survive. But, because of their stripped-down profile, they are, perhaps, one of the most maneuverable starfighters ever designed, even if they are expendable.

The original TIE/In starfighter served as the prototype for all future Imperial starfighters and gave birth to numerous iterations.

TIE Interceptor (Interceptor Class): As the rebels incorporated faster starships into their fighter fleet, the Empire knew they needed to create a better TIE Fighter. The first prototype for the TIE Interceptor was Darth Vader’s TIE Advanced Fighter, but Sienar Fleet Systems knew they couldn’t mass produce that ship effectively. They went back to the drawing board, lengthened the solar wings to offer a power boost, and installed a life support system. Because of the dagger-like design of the wings, pilots are able to have a better field of vision and allowed them to respond better to enemy fighters. When the Empire decided to crew these ships with their most elite fighters, they became an even more lethal tool in the Empire’s fight to maintain order in the galaxy.

By the time the Empire took one of their last stands at the Battle of Endor, TIE Interceptors made up a full fifth of their starfighter fleet, making them a deadly force to be reckoned with in any battle.

TIE/sa Bomber (Bomber Class): The TIE Surface Assault Bomber is a powerful ship in the Empire’s complement of TIES. They were used by the Empire to soften up targets, whether they were on the ground or in space. TIE Bombers could be flown in-atmosphere to bomb rebel cells hiding in their caves or be deployed by Star Destroyer captains to soften up the hulls of enemy capital ships. During one engagement after the Battle of Hoth, TIE Bombers were utilized to try to flush out the Millennium Falcon from its hiding place in a belt of asteroids. Bombers also took part in the bombings of Operation: Cinder and other notable conflicts.

Lacking shields and the maneuverability of other TIEs made them tantalizing targets for rebel fighter pilots. 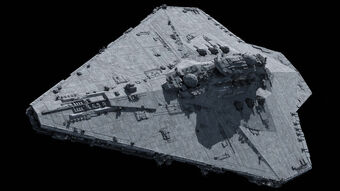 TIE/rp Reaper (Support Class): The TIE/rp Reaper attack lander was the variant in the TIE line designed to ferry troops into battle. They were similar to the TIE Striker models, with the solar wings on the top of the ship, rather than the sides like most TIE Fighters. The flight deck accommodated three pilots and the cargo area was spacious enough to drop elite troops right into the thick of things.

TIE Reapers saw most of their action in atmospheric conditions but saw their fair share of space combat as well. Unlike most other ships in the TIE line, TIE Reapers were equipped with shields and hyperdrives. Losing one pilot in an unshielded fighter made sense to the Empire, losing an entire squad of troopers didn’t. And being able to insert small strike teams without the fanfare of a capital ship made great tactical sense for them to be lightspeed capable. No matter how you cut it, they’re deadly additions to the Imperial fighter arsenal.