Willow Smith. You may know her from her celebrity parents, Jada and Will Smith, and her older brother, Jaden Smith, who has also made a name for himself in the music and acting industry. Despite growing up with such famous parents, Willow has shown that she has a unique and exceptional talent of her own.

Many recognize Willow from her first single, “Whip My Hair,” which went platinum in the U.S. and peaked at number 11. However, this song greatly differs from the music on her next album, ARDIPITHECUS, which was released in December of 2015. Willow said the inspiration ARDIPITHECUS name and meaning was Ardipithecus Ramidus Sahelanthropus tchadensis, the scientific name of the first hominid bones found on earth. Willow named her creative compilation after it because, while she was making these songs she was in a monumental and transitional stage. Digging deep into the soil of her heart and finding bits and pieces of her ancient self, led to the stories which would become beautiful and unique lyrics. Willow’s explanation of her own album begins to make sense when listening to the lyrics of her songs. Though the lyrics may originally seem a tad unusual to the listener, they serve a greater purpose in context to the deeper meaning of the album.

The album is characterized by soft sounds, which create a comfortable and warm environment for the listener. By utilizing these sounds, Willow invites her listeners to analyze her lyrics, and her own psyche. The continuous and calming rhythm, paired with the stunning vocals of Willow, gives the album a welcoming, yet receptive feeling.

For starters, this album will be one of the most unique and individualized collections of music the listener will ever hear. Each song undertakes a different meaning, all while interpreting the origin of the universe, extraterrestrial beings, and socioeconomic issues our Earth faces.

She begins the album with the song “Organization & Classification” which to to the naked eye, sounds like a collection of random words compressed into a song with a familiar and entertaining beat. Yet, if you listen closely to each individual line, it tackles the idea of classification among races and ethnicities, and segregation of humans overall. She begins the song by saying

Willow Camille Reign Smith (born October 31, 2000), also known mononymously as Willow, is an American singer, songwriter, rapper, record producer, actress and dancer.She is the daughter of Will Smith and Jada Pinkett Smith, and the younger sister of Jaden Smith. Listen: Willow Smith reappears to deliver her debut album. More pop reviews: Buy this album. Let’s get one thing straight: Willow Smith’s “Ardipithecus” is, by any measure, better than any pop record you will ever hear from a 15 year old. Smith, the sole writer and producer for almost the entire album, quietly dropped the evolution-themed album last month following years of shelved plans and, to its credit, the project sounds. It's been five years since Willow Smith released 'Whip My Hair,' her undeniably catchy, exuberant debut single.It was light. It was a good song. At nine years old, she was the youngest. You may know her from her celebrity parents, Jada and Will Smith, and her older brother, Jaden Smith, who has also made a name for himself in the music and acting industry. Despite growing up with such famous parents, Willow has shown that she has a unique and exceptional talent of her own.

Classification and organization is ruining the minds of our generation

which quickly gives the listener an idea of what the song is about. As the song progresses, it becomes more difficult to interpret, as many of the lyrics go on what appears as tangents. She also begins to reference what many interpret as extraterrestrial beings, saying

That’s why they’re always staying up in the sky

I see those lights, I see their eyes

Staring back at me, telling me about the symmetry

Telling me about atomic structure

which provide a deeper meaning of classification and using evidence of a higher power to justify our existence.

One of the most popular songs from the album, “Marceline,”proves to be more confusing and deep than any other songs on the album. The main character in this song, Marceline, is actually an ode to Marceline the Vampire Queen, a character from the show Adventure Time. She is often portrayed as an angsty teen with authority issues, who opposes her evil father to hang out with the heroes, Jake the Dog and Finn the Human. Willow’s attraction to this character makes sense, because they are both free spirited and laid back. Willow tackles the idea of war and oppression in this song by saying

Guns and wars won’t stop the fights, Not inside your mind,

which may be one of the only lyrics which explicitly portrays the meaning of the song. Extraterrestrial forces are also mentioned in this song, mentioning the planet Nibiru, which is a theoretical twelfth planet in our solar system. It is believed to be the home of the Annunaki, ancient Mesopotamian deities. Although the base for this song may seem childish, it explains mature issues our world faces today.

Although many of Willows lyrics are challenging to understand, they all serve a purpose to the moral of the album. With deep thought and interpretation, the words in each song create wonder within the brain. Without an interest in cosmic and extraterrestrial analogies, this album may seem eccentric and just simply weird. To understand the full meaning of the album, the listener must take time to listen to every song and their lyrics with an open mind. Overall, ARDIPITHECUS is a beautiful collection of music because of its uniqueness.

There’s a 50-second clip on the internet of the Smith family being interviewed at an I Am Legend red carpet event. A hand holding a microphone asks about Willow Smith’s debut performance. Will says “I love her energy.” He smiles, repeats “energy” a couple times. Jaden turns away from the microphone. Jada: “It’s in their blood, it’s a natural thing, it’s funny to see how DNA works.” She grimaces at her answer. 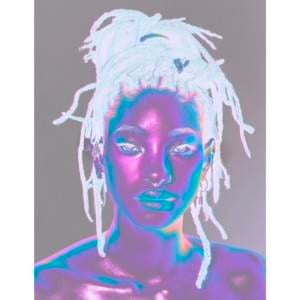 The clip doesn’t have anything to do with ARDIPITHECUS, Willow Smith’s debut full-length album. Mentioning the interview in any attempt to engage with Willow Smith’s art is cheap, unhelpful, toxic.

“I love what you do/ Don’t you know that you’re toxic?”

Celebrity is a system of toxicity, a body at risk, an immunizing instinct, a tendency to always be getting better and worse. We made Britney Spears accountable for making every biggest pop blockbuster. When she ran out of matter to give us, we made her a tragic arc in our national soap. In the static surrounding the identity and art of Willow, you can hear a machine’s rumblings: she’s too precocious, she’s growing up too quickly, she’s unnatural.

The first words that Willow stutter-croons on her “music compilation” are “classification and organization is ruining the hearts of our generation/ I said it.” It’s a definitive thesis from a 15-year-old brain with apparently unlimited access to a recording studio and Herman Hesse’s reading list. Willow thinks public schools are teaching the wrong things the wrong ways. Willow knows kids would be better off left to find their own truths. Willow is down with the planet enough to just call her Gaia. Willow likes Adventure Time and sloppy cosmic imagery.

Listening to pop music is toxic. It is pathogens and antidotes, a body building on everything that came before, regurgitating past viruses and calling them new cures. You can’t help but hear a body’s history. Willow’s history is homeschooling and celebrity, leisure and privilege, and not a long enough timeline to register her own shortcomings. In the last minutes of “F Q­-C #8,” Willow interrupts her own star eyes with a goofy radio spot, “We’re gonna slow it down for you guys real quick.” It’s a rare moment of humor, of acknowledging a pair of ears and another brain that’s looking for pleasure here. ARDIPITHECUS fails as a pop record, because it’s barely aware that it’s a part of that conversation.

Ardipithecus raises eyes, sees sun. A Miocene wind on a plain, up an arm, through the hair. Ardipithecus closes eyes, sees dark, touches cheek, traces teeth. “Known only from teeth and bits and pieces of skeletal bones” drifts by in an un-language from a five-and-a-half-million-year foreign future, repeating itself until Ardipithecus knows this to be true, that these things from now are important and worth saving. Heli attack 3buddhist games. Impossibly young and eventually dead, it walks away.

“Ardipithecus Ramidus is the scientific name of the first hominid bones found on earth,” says Willow Smith. “ARDIPITHECUS is my first album in my entire career and it makes me feel so blessed to be able to share my evolution with the LightEaters as I continue excavating my inner worlds.”

“Til something changes it’s a different language”

When you’re a grumbly twenty-five, chapped hands, used to misinterpreting supermarket PRODUCE signs as commands and not section markers, Willow Smith can induce recoil. She has time and resources and she released a few Tumblr’s worth of thoughts as a Roc Nation record on a whim. You say: she has too much, she’s too young. There are two (!) songs about Marceline from Adventure Time, and no record should reference “the third eye” this much and—

Resist. Breathe. Slip into 15 tracks of bubbling thoughts and witness Willow figuring out how to speak a language and sing in her voice. “Whip My Hair” dropped like the paint ball bombs in its music video, letting a girl curl her lips around a chorus until it was singular, psychic, a balm. “WhipmyhairbacknforthIwhipmy”. ARDIPITHECUS, like the extinct hominine it references, is similarly primal, a shout from a young beast. Can pop music be evolution? There’s Willow, leaning into a long nasal A, laughing at her own atonal grins in “RANDOMSONG.” When Kurt Cobain would sing a little too low and let his voice shake and jostle like a rusted vessel in an old log flume ride? She tries that. It sounds dumb and awesome. There’s that song about Marceline from Adventure Time; I don’t watch Adventure Time, but when Willow stretches every syllable of that name as far it it’ll go, yearning, hoping, I know it’s important. And when “Marceline Pt. 2” hits, a bloopy hiccup remix of what just came before, I know it’s just for fun.

But the center comes in on “ÍDK,” the place where you see the teeth of Willow’s grin and think that maybe she’s right there with you on the whole effort: “I don’t know/ I will never know,” she says. And then there’s lilting liftoff, more talk of the third dimension, more cosmos mess that goes nowhere. But you can’t help but get a joke on the level that it’s told. You can’t hear pop music except in the language it’s scribbled in. Her vocabulary is small and the tendency to reproduce another’s preexisting diction a little too pronounced right now. But isn’t language, like pop music, evolution?

There’s a 50-second clip on the internet of the Smith family being interviewed at an I Am Legend red carpet event. A hand holding a microphone asks Willow about her debut performance. 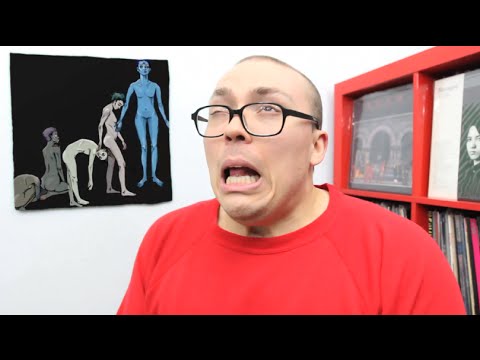