However, if you upgraded your computer by mistake, you’re experiencing compatibility problems with a new version, or you don’t like the new release, you can download older versions of Windows 10 using the Rufus tool to rollback to a previous version.

Rufus is a free third-party tool designed to create a bootable USB flash drive to install Windows 10, but unlike the Media Creation Tool, Rufus can also download the ISO file and prepare the bootable media using an older version of Windows 10.

In this guide, you’ll learn the steps to use Rufus to download the ISO file and create a bootable media to install older versions of Windows 10, even if they’re no longer supported.

To create a USB media with an older version of Windows 10, use these steps:

Once you complete the steps, you can use the bootable USB flash drive to install an older version Windows 10 using a clean or in-place upgrade installation.

This Windows 10 Build 20150 is part of the RS_PRERELEASE branch and it comes with three new features for Windows Subsystem for Linux and several bug fixes. Find the full change log below.

This build contains three new exciting WSL features. The first is GPU compute: a feature that allows your Linux binaries to leverage your GPU, which makes it possible to do more machine learning development and data science workflows directly in WSL. Secondly, we’ve added a new command: `wsl –install` which allows you to install WSL with just one command. Lastly, we’ve added `wsl –update` which gives you the ability to easily manage the Linux kernel version used by WSL 2 distros. To view a summary of these announcements please read this post on the Windows Command line blog, and for in-depth details on GPU compute in WSL please read this post on the Windows Developer blog.

Other updates for Insiders 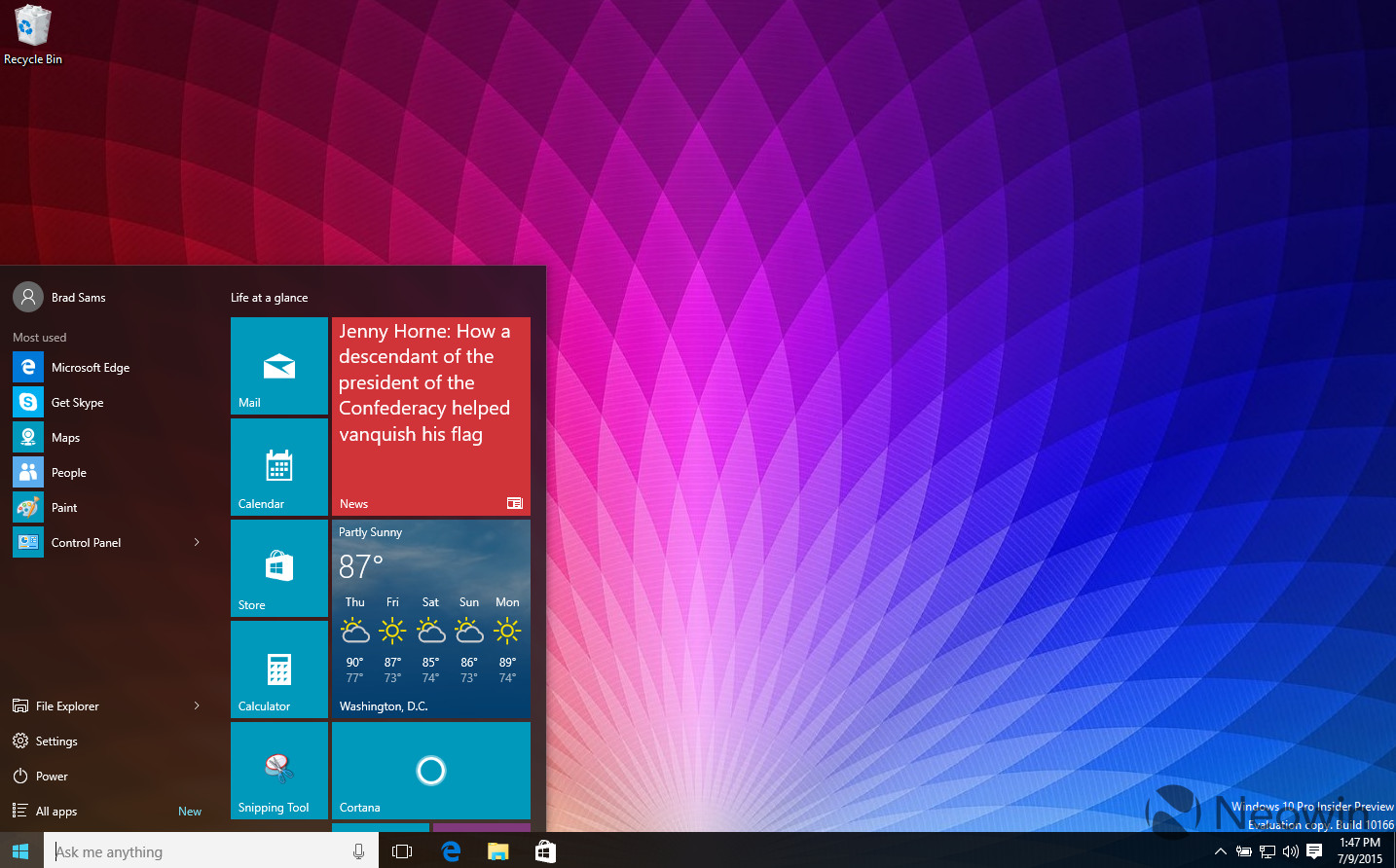 Updating the map data in the Maps app

Earlier this month, the Bing Maps Team announced they’ve started gradually rolling out the new TomTom base map data to Bing Maps and Microsoft first party products. As part of this process, we’re slowly updating the Maps app for Windows Insiders in the Dev Channel (Fast ring) to use the new map data from TomTom. We’re asking Insiders to submit feedback on any issues they see as a result of this change directly from the Maps app by selecting Suggest a change at the lower right corner of the app.